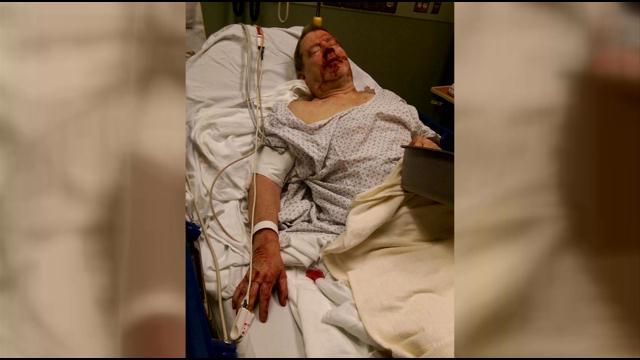 A military Veteran from West Allis was beaten over the weekend. His family says it was because he was trying to be a good samaritan and now is struggling to recover.

The family has identified the man as Melvin Hoaglan, 68.

They say he stopped to help a woman whose car had broken down Saturday afternoon.

The woman refused his help and then minutes later, a man she knew began attacking Hoaglan.

\"We got an update today the swelling in his head has remained the same,\" said daughter Julie Hoaglan on Monday. \"There's no more bleeding. The bleeding has stopped. He's still in critical condition in the ICU. When he is finally stable enough he will be transferred over to the V.A. hospital. He'll need therapy for this\"

The family says it's been told the case has been forwarded to the District Attorney's Office but that details on charges might not be known until Hoaglan's condition is fully assessed.