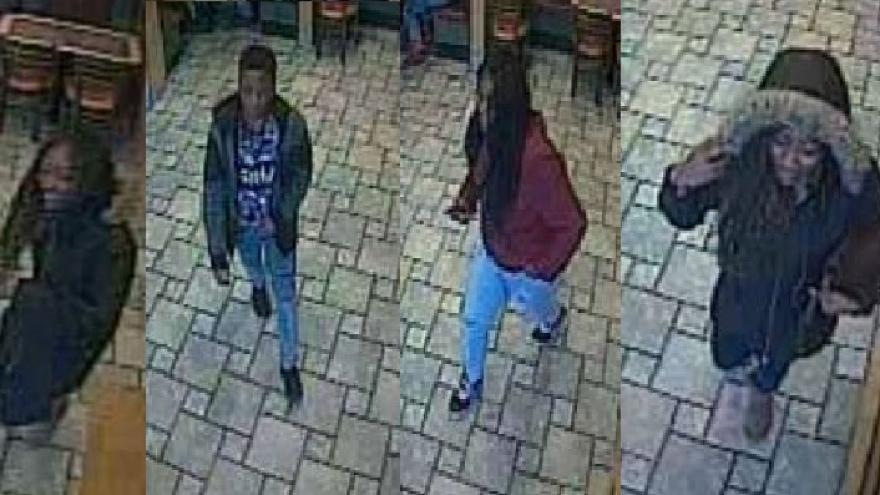 The incident happened in a business near 84th and Greenfield between 4 p.m. and 5 p.m.

The two suspects are described as black women in their late teens with large builds. One suspect was wearing a burgundy shirt and jeans and the other was wearing a longer jacket with a hood and jeans.

A possible associate is described as another black teen wearing a dark coat, purple shirt, and blue jeans.