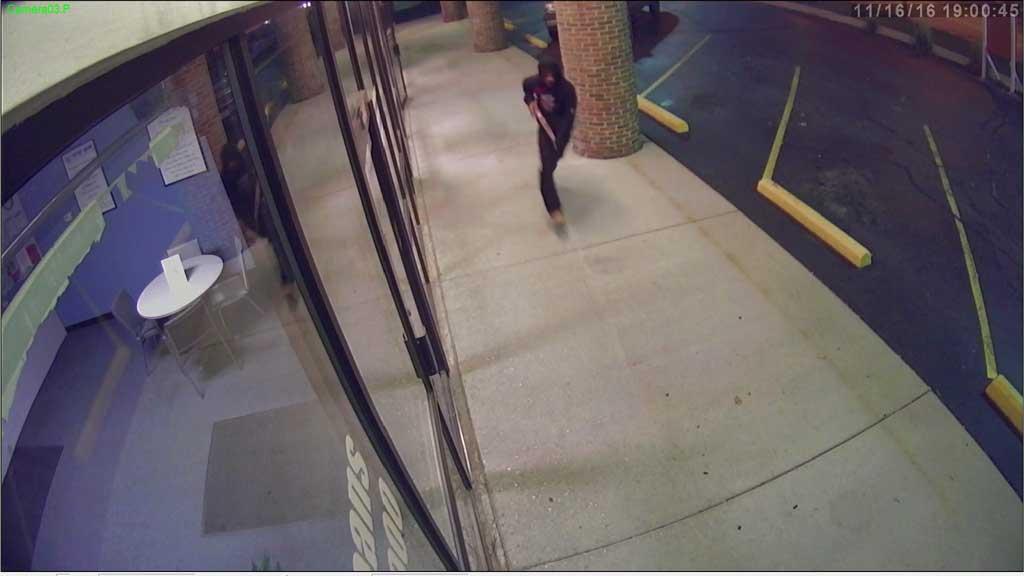 West Allis Police released a photo Thursday of the suspect who shot a customer at Cricket Wireless on Wednesday.

The shooting occurred during a robbery attempt in West Allis near 108th and Cleveland.

Gun in hand, the suspect was caught on video by a neighboring business.

Police say the man went to the store just before 7 Wednesday night armed with either a sawed off shot gun or a short barreled long gun and demanding money.

At some point during the robbery,  a customer was shot.

The man then took off  with the weapon and money flying from his pockets as he runs away.

Police describe him as a black man-between mid-teens and early 20's and about 6 feet tall.

His hair is described dreadlocks recently unwoven or cut.

The suspect was wearing a long sleeved black hooded sweatshirt with some type of red logo on the front, dark colored jeans and tan boots.

The business remained closed Wednesday-- a sign directing customers to another store.

In a statement to CBS 58, a spokeswoman from Cricket Wireless said "Our thoughts go out to the customer who was injured at one of our authorized retailer locations."