The deaths happened on August 9. 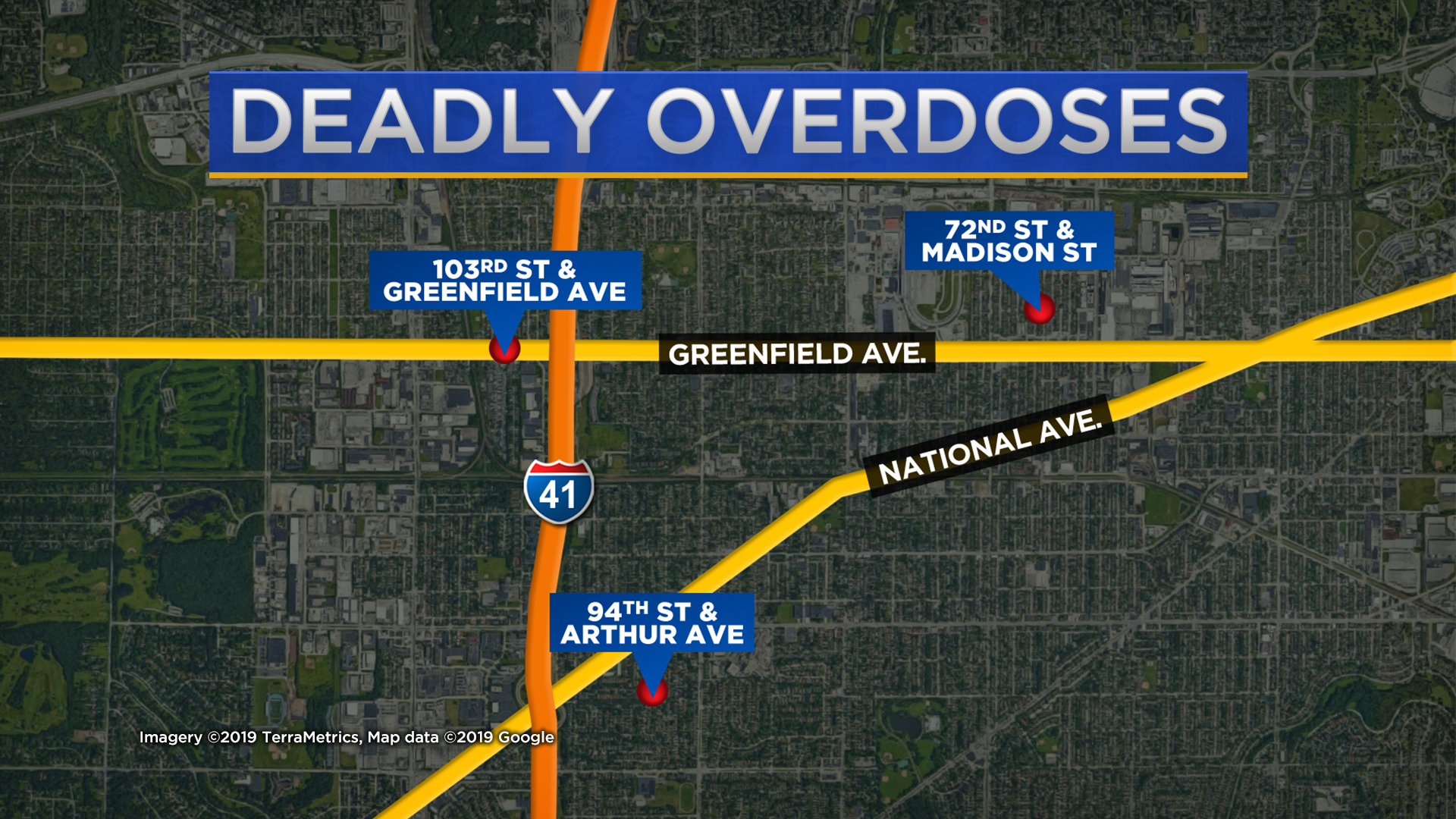 Authorities say around 2:30 a.m. a man rushed his girlfriend to the hospital after finding her unresponsive near 103rd and Greenfield. Around 1:45 that afternoon, police found a 56-year-old woman dead in a friend's garage near 72nd and Madison. Later, at 8:45 p.m. a man found his friend unresponsive after using drugs at a home near 94th and Arthur.