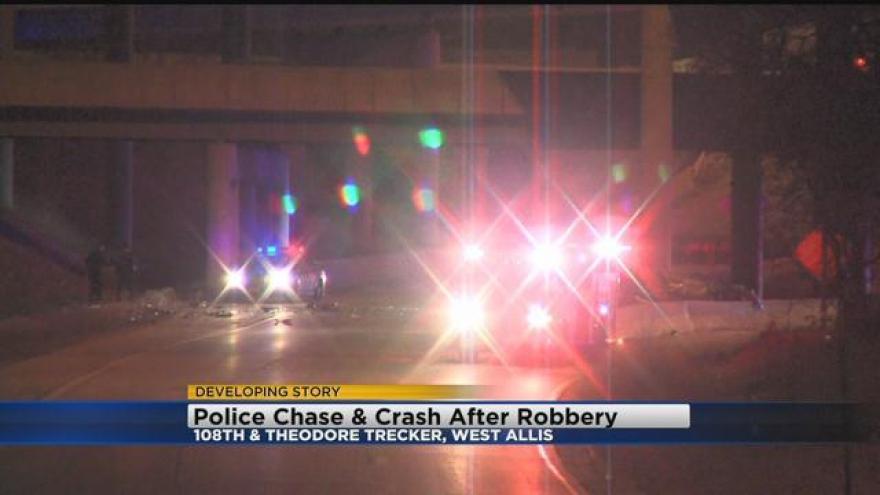 West Allis Police are investigating an overnight robbery and crash in West Allis.

It happened just after midnight near 108th and Theodore Trecker Way.

A state trooper first spotted the suspect car but during the stop the passenger got behind the wheel and took off.

The car later crashed and officers brought both people into custody.