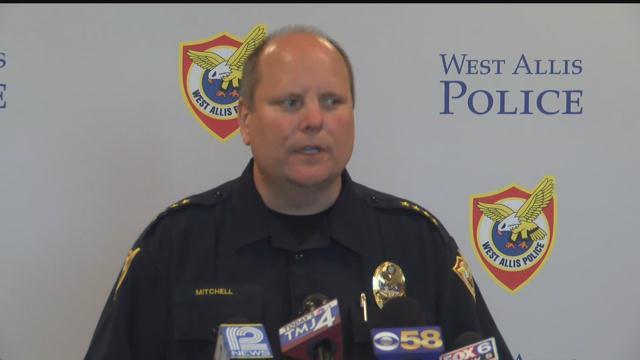 West Allis Police are investigating a stranger having sexual contact with a young girl on Thursday when they were walking to school near in the 6100 block of West Lapham Street.

The student reported she had been assaulted on her way to class at 8:00 AM. Police said two sisters were walking together to the school when it occurred.

The student stated that during the encounter she was approached by a Hispanic male who was approximately 20-30 years of age.

Suspect grabbed the student and refused to let the student go and engaged inappropriate sexual activity with the student.  She was eventually able to get away.

“This is an extremely unusual event for our city,” said West Allis Police.

He was described as 5-feet 6-inches tall with thin build.

He had short black hair and tight curls. In addition, he had clean shave and was wearing white t-shirt and jeans.

The suspect spoke to her in Spanish.  He was driving older model classic type car that was red in color with four doors.

West Allis Police are trying to identify the suspect and have increased a police presence near the schools.

The West Allis West-Milwaukee School District has sent out communication to all of the families in the district about the incident. In the noticed she said she was 10 years-old.

If any citizen has any information that can help they are being asked to contact with West Allis 414-302-8000.