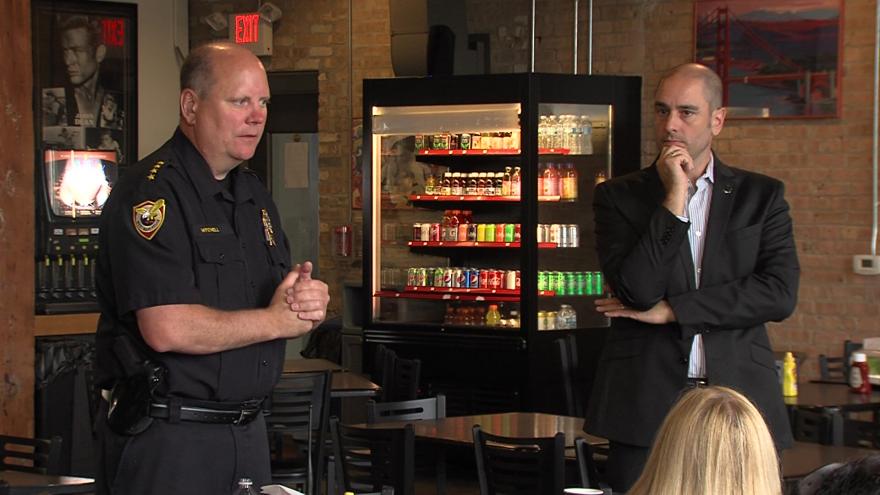 The Chief of Police was there as well. They talked about road construction, small business, and security at the upcoming State Fair.

Mayor Dan Devine says he likes to get out and hear from the people he represents, and he wants to assure the public they're ready for the State Fair.

"There are a lot of resources that are dedicated to the area around the fair park," Mayor Devine said. "Like the Chief had said, there are bicycle cops, there are foot patrols, as well as the usual patrols."

He says that project is still being discussed and he wants to hear from the public on the site.