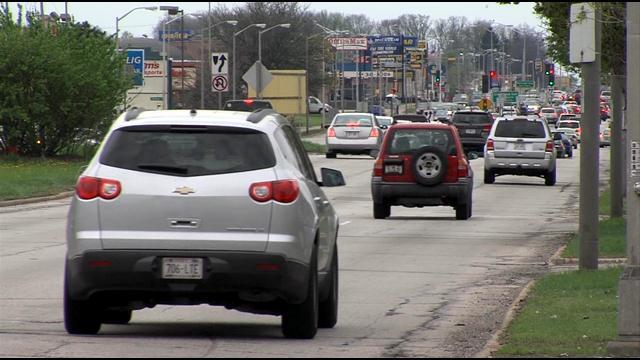 They're marked on streets throughout West Allis: bike lanes.

Their goal is to protect cyclists while sharing the road with cars. But having them on Highway 100, Mayor Dan Devine can't get a handle on.

\"There's a lot of congestion and it's easy not to take notice of a bicycle,\" said bicyclist Jerry Marsch.

Installing bike lanes are part of a bigger plan to expand Highway 100 to improve traffic flow. But doing so may not be safe and may require businesses and homeowners to give up land for it.

\"We have concerns because it's one of our major economic engines as far as jobs and tax base as well,\" continued Mayor Devine.

So, would cyclists take the risk of riding with bike lanes?

\"It's possible I guess,\" said Al Marsch. \"But I'm not that thrilled about it being so busy and when people are in a hurry, they'll be cutting in and out and swinging around cars that are turning and you could get hurt.\"

But until the project gets the green light, cyclists said they're pushing forward in a place they know is out of harms way.