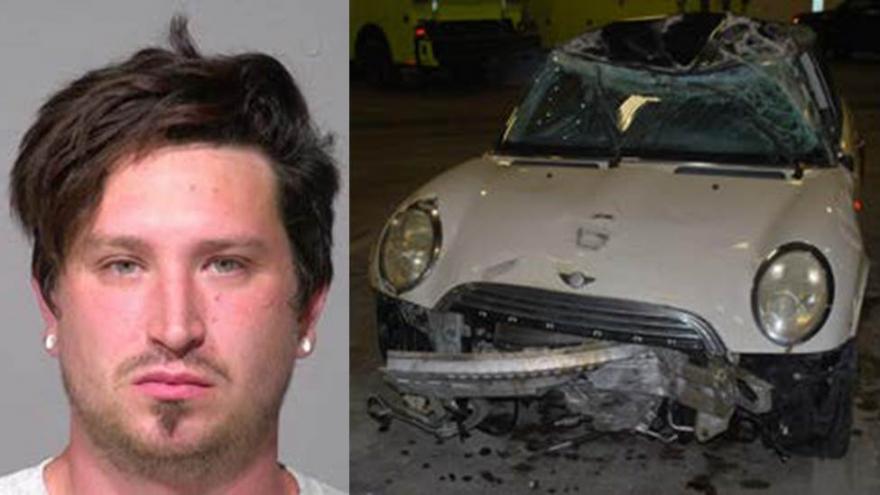 MILWAUKEE COUNTY, Wis. (CBS 58) – A West Allis man and his passenger are arrested after a rollover crash early Sunday.

The Milwaukee County Sheriff’s Office says deputies were called out to the crash on I-43 westbound at Loomis Road around 12:30 a.m. on Sunday. A Mini Cooper had landed on its roof and two men were seen running from the vehicle.

A deputy later found the two walking on S. 44th Street and they were detained with the help of a Greenfield Police officer. Investigators say both had minor injuries and were treated by first responders.

The Sheriff’s Office says the men admitted to having been in the crash and that the driver, 27-year-old Devon Moore, showed signs of intoxication. Moore also allegedly had several corner cuts of a methamphetamine in his pocket. He was arrested for second offense OWI causing injury.

Authorities say Devon Moore’s previous OWI was in October 2014. He had a .02 BAC restriction on his license and faces up to six years in prison if convicted.