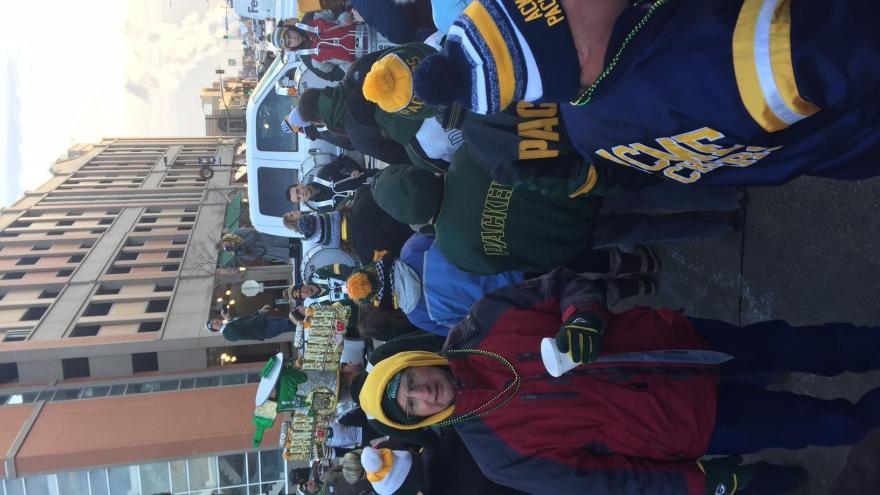 The main course? Authentic New York bagels, delivered by New York City Mayor Bill de Blasio, who had to ante up after the Packers beat the Giants last weekend. According to Mayor Jim Schmidt, the package also included some dry wall, a playful apology after a Giant's player apparently punched a hole in a Lambeau Field wall after the game.

The city holds a similar rally before every Packers playoff game.

"It motivates the team, motivates the community," said Christopher Handler. "We get out and cheer on our team, and that's what it's all about."

Packer fans say they're determined to show Dallas who "America's Team" really is. Both fan bases are consistently ranked in the top 3 in the nation.

"We're America's team too!" said Taylor. "I think they got the patent rights on the name though."