We'll miss you, 'Parks and Recreation' 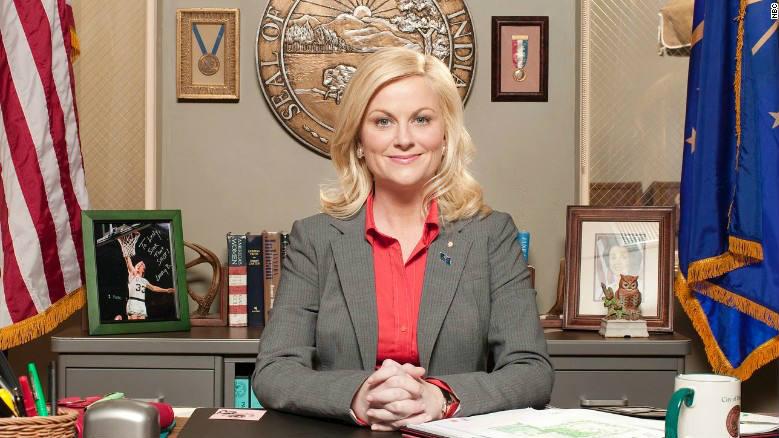 It was never a ratings smash, but the impact of \"Parks and Recreation\" can't be understated.

After a somewhat underwhelming first season, critics started to sing the praises of the Amy Poehler series in season 2, noting its portrayal of an intelligent, driven woman in charge and one of the most talented comedic casts on television.

The show slowly gained a loyal fan base, especially once it was available for binge-watching online.

Now, the names Leslie Knope and Ron Swanson are just as beloved as Homer J. Simpson or Cosmo Kramer to die-hard fans.

Plus, what other show has had cameos by both Vice President Joe Biden and first lady Michelle Obama, along with an impressive number of senators and former Secretary of State Madeleine Albright?

The show comes to a conclusion Tuesday night, and it's also marking the end of an era at NBC, which is losing the last of its Thursday night comedies.

There are so many things to love about \"Parks and Recreation,\" and we tried to narrow them down to as few as we could:

-- Treat Yo Self Day: The holiday so brilliant, it's surprising it hasn't caught on as much as \"Seinfeld's\" Festivus. Give it time, though. It is, after all, \"the best day of the year!\"

-- Ron's words of wisdom: For many, the brand of unapologetic maleness of Ron Swanson has been inspirational, a spot-on, if loving, parody of libertarianism. Nick Offerman's portrayal is as Emmy-worthy as they come, and it's a crime he was never recognized as much as he ought to be.

-- Perd Hapley: We don't get much of him, but Jay Jackson's portrayal of the alarmingly clueless news anchor (Jackson is a real-life CNN iReporter) is gut-bustingly funny.

-- Lil Sebastian: The town of Pawnee's love for this little pony is inexplicable, and yet, that makes it one of the funnier storylines this show ever had, especially the memorial service for him.

-- Andy and April: Before he was a guardian of the galaxy, Chris Pratt had us rolling in the aisles as Andy Dwyer (or Burt Macklin or Johnny Karate). When he met the woman of his dreams, the extremely antisocial April Ludgate (Aubrey Plaza), it was true love, and the couple was married quickly.

-- Tom and Jean Ralphio: These two were made for each other, the swaggiest man in Pawnee and, well, Jean-Ralphio, who defies explanation but never fails to entertain.

-- Cones of Dunshire: The greatest nerdy creation from the mind of Ben Wyatt.

-- Leslie and Ben: For our money, they have been the couple to beat on network television for a while now.

\"Parks and Rec,\" we don't know what we'll do without you, but we're glad Leslie Knope and her friends will live on in TV history.