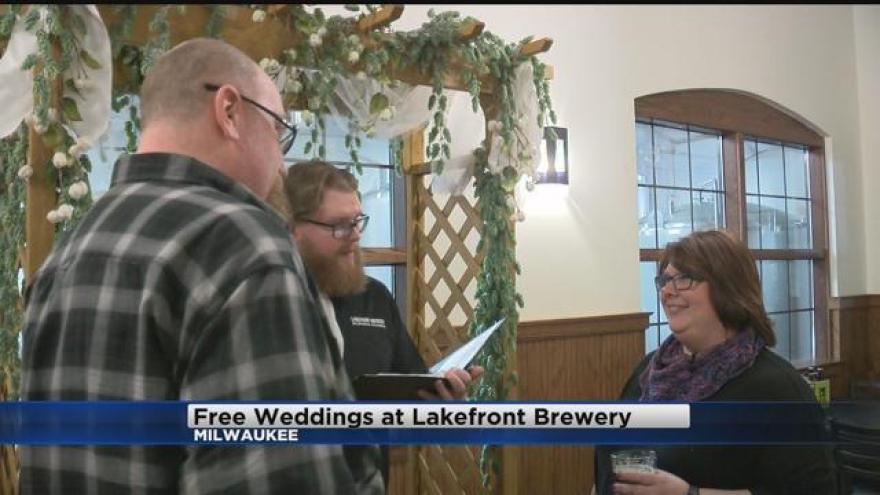 Lakefront Brewery has been marrying couples free of charge on Valentine's Day.

All you needed was a marriage license and proof that you're 21.

Couples received a quick ceremony, two free pints, a six pack and a couple of t-shirts.

The ordained ministers conducting the ceremonies also work as tour guides at the brewery.

The brewery was booked up solid for the entire day.

CBS 58 caught up with a couple who's been married more than 20 years who couldn't resist the chance to get their vows renewed.