Wedding Wrecker: Local Couple Reacts to DJ Going Out of Business Days Before Their Wedding 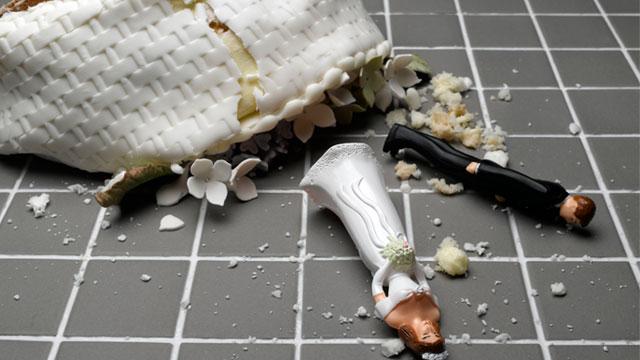 A wedding should be the first step to happily ever after. For many couples, it’s one of the happiest days of their lives. It was almost one of the worst for Elaina and Jay Spencer when the DJ they hired, more than a year in advance, canceled services three days before their wedding. He notified them in an email.

“I got the email, and I immediately started freaking out, anxiety attack, didn’t know what to do. I called him, and I was balling,” said Elaina.

The couple hired DJ’s Couture and paid a $375 deposit. Although the couple never met DJ’s Couture in person, his service was recommended through a friend.

“I basically took our friend’s word. He seemed like a reputable guy, a good DJ. Our friends had used him, so I just kind of trusted it.”

DJ’s Couture notified the Better Business Bureau (BBB) on June 29 it was going out of business. It accepted final payment from the Spencer’s August 23.

“We received a complaint in July and another complaint in August, so we sent those complaints to the company. The company responded by saying they were out of business and working with an attorney,” said Lisa Schiller with the BBB Serving Wisconsin.

Three couples, including the Spencers, have filed a complaint with the BBB. According to Rich Henry, owner of Vital Image, there have been many more impacted.

“I would say between calls and emails, I’ve received probably 12-20.”

Vital Image was able to offer discounted rates to all of the couples who contacted him about DJ’s Couture. Henry says he’s willing to step up because of the negative light this shines on the industry as a whole.

“Your heart just goes out for them so much because you know they’ve invested so much time, so much money,” said Henry. “Unfortunately this is not the first time, and really it’s gut wrenching. It leaves a black eye on the entire industry due to the ramifications that it has.”

DJ’s Couture has a listing in Wisconsin and Texas on its website. The address in Wisconsin is a mailbox at a pack and ship store in Waukesha. The listing in Texas is another mailbox in a strip mall. CBS 58 tried to call DJ’s Couture multiple times. The calls were not returned.

The Spencers have communicated with DJ’s Couture via email; however, he has not returned phone calls to them, the BBB or Henry.

“Bottom line, he needs to know he can’t do that to people. You can’t string them along, and you can’t cancel every means of communication that we have with you,” said Elaina.

According to the BBB, who has made contact with DJ’s Couture through email, the company promises to pay all couples by May 2017. For couples like the Spencers, whose wedding has come and gone, the financial ramifications are immediate.

“We’re in financial debt now from it, and he’s still acting like he’ll take care of it when he can,” said Elaina.

The BBB says to avoid situations like these always get a contract in writing. Ask about cancellation and refund policies before payment. Only pay with a check or credit card, never cash. Ask for references and call those references. Couples impacted by this DJ service are encouraged to file a complaint with the BBB.