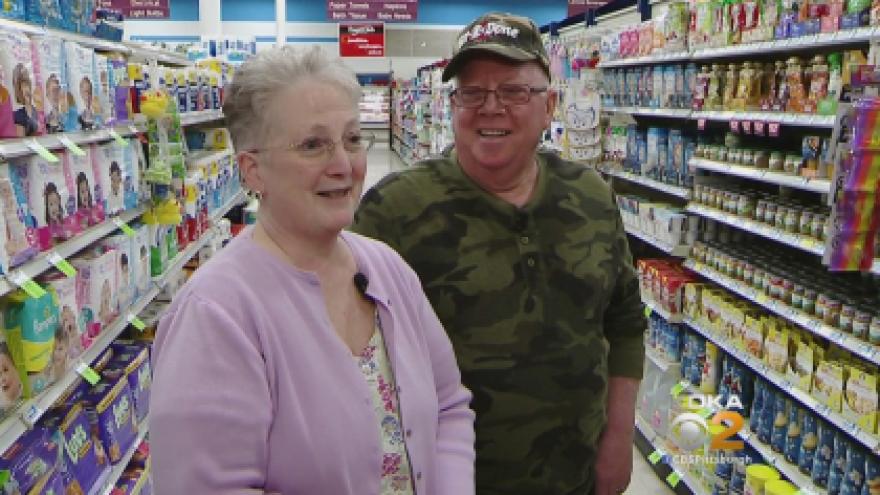 LOWER BURRELL (KDKA) — A supermarket isn’t your standard wedding location, but there’s a reason why a Westmoreland County couple got married there on Easter Sunday.

You see, aisle 13 in the Community Supermarket in Lower Burrell is where it all began for Becky Smith and Larry Spiering.

Becky works there, and 10 years ago, right there by the baby food, Spiering made his move.

“He walked down the aisle and he handed me this little piece of paper and he just keep on walking,” said Smith.

She realized it was his name and number.

Turns out, Larry had been plotting a move for a while.

“I would just come through line all the time, and I would say there’s this little cutie there,” said Spiering. “I’d say something to her, but she like wasn’t paying no mind to me.” 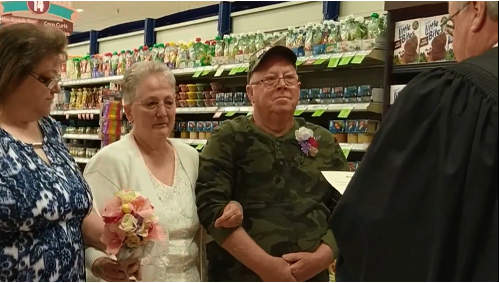 But the note did the trick.

“We had dinner, and we’ve been together ever since,” said Smith.

They never planned on getting married, but last fall, with Smith beginning to think of retirement, Spiering asked her to marry him.

Smith had always joked that: “If I ever get married, I’m going to get married in aisle 13, right where he gave me his number and everything.”

So that’s exactly what they did. 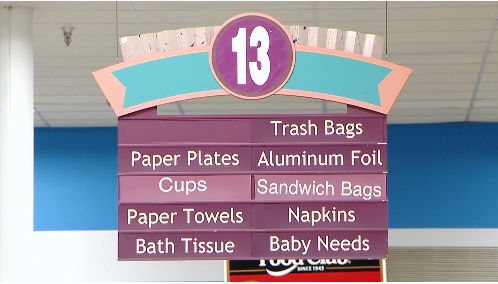 With family, friends and any customers that wandered by, a district judge pronounced them man and wife on Easter Sunday, right where it all began.

“I love him with all my heart, and I just want to be happy for the rest of my life,” said Smith.