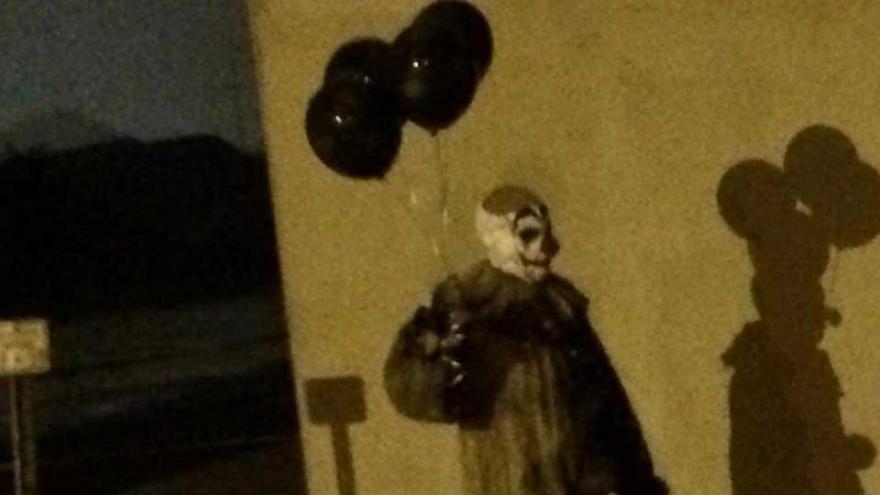 It's a creepy problem sweeping the entire country. Wednesday night in Sheboygan, a man dressed as a clown was arrested with a weapon.

Police received calls about a man running down alleyways near Erie Ave and North 3rd St. after neighbors called 911.

Sheboygan Police arrested the 20-year-old after they found him with a weapon.

Sheboygan Police say they've received clown sightings all week, but this is the first arrest.

Many neighbors knew about the sightings, but didn't know the clown running around their neighborhood was armed.

"Now that they caught him and found out the person's running around with a knife, I guess it makes you think back to, 'Yeah, maybe I should have been a little more worried," said Scott Horzen. Horzen lives near Erie Ave and North 3rd St.

Sheboygan Police discourage people from dressing as clowns. They say it's not illegal, but many of the sighted clowns have been trespassing, threatening or harassing people. Police will cite or arrest someone in clown garb for that.

Sheboygan isn't the only city dealing with clown reports.

A student at Menomonee Falls North Middle School was so fearful of these clowns that the student brought a weapons to school on Wednesday.

No one was hurt, but the district sent out the following warning to parents:

"This is an important message from Mr. Marty, the associate principal at North Middle School. During the school day today on Wednesday, October 5th, administration became aware that a student had brought a knife to school. The student was removed from classes and a investigation began immediately.

The North police liaison officer was involved. At no time were any students ever in danger, but we wanted you to be aware of the incident. Middle school is a difficult age to start conversations regarding serious topics. Middle school students do not always have the foresight of adults to see the seriousness of their actions. Please use this as an opportunity to review the importance of having open lines of communication. We at North are very grateful for the support from family.

One additional item of note. One of the factors driving today's situation is a recent rumor among students regarding scary clown sightings that have been in the news lately. According to the Menomonee Falls Police Department there have been no sightings of clowns in Menomonee Falls. Please also discuss this with your children as it is important for them to know factual information in situations where rumors persist.

Please be assured that we take this situation seriously and that your child's safety is of the utmost importance to us. In all cases of safety-related concern, situations are handled with swift action. Please contact one of north's administrators if you have any questions."

Menomonee Falls police say there have been no clown sightings in the village.