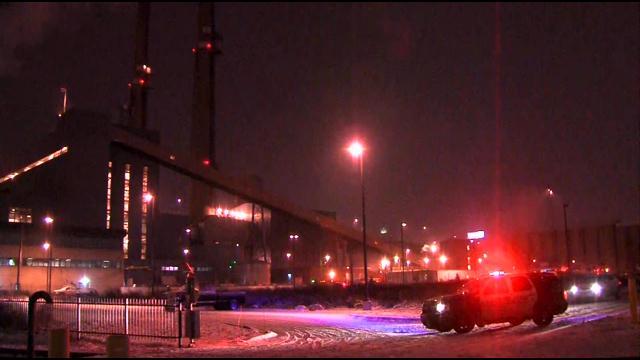 Fire crews spent several hours trying to get four WE Energies contract workers off a platform at the Milwaukee power plant.

Five workers were stuck for several hours after an elevator malfunctioned around 5 PM Monday.

One worker was stuck on the outdoor elevator.  A WE Energies spokesperson says that worker was the first person fire crews brought down.  The worker was not hurt.

After fire crews rescued the first worker, they brought in repelling equipment to bring the other workers down from the platform.

A WE Energies spokesperson says the four workers on the platform were never in any immediate danger.  They had a place to take shelter away from the elements.