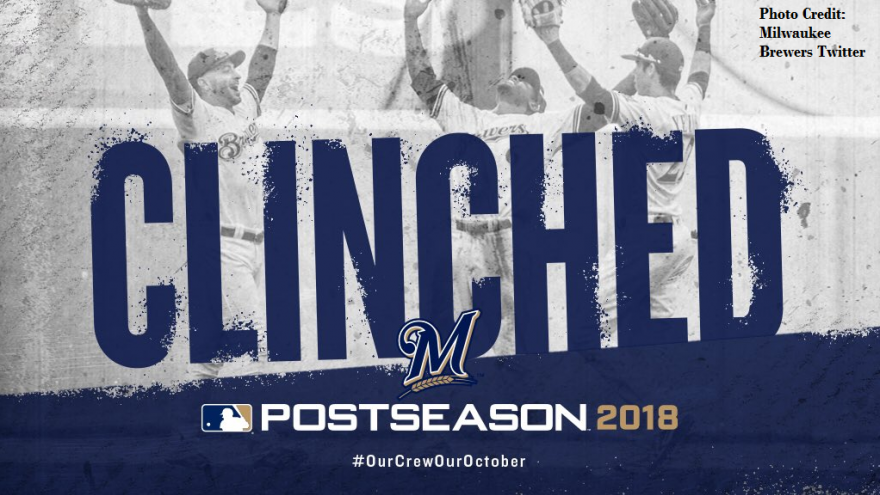 MILWAUKEE COUNTY, Wis. (CBS 58) -- Wisconsin sports teams are tweeting out their congratulations to the Milwaukee Brewers.

This comes after the Brewers clinched their first playoff spot since 2011.

Congrats on clinching a spot in the postseason, @Brewers! ?#ThisIsMyCrew x #GoPackGo pic.twitter.com/VLyfFKPNdT

The Brewers beat the St. Louis Cardinals 2-1 Wednesday night for a three-game sweep.

We believe we’ll be watching playoff baseball!
Congrats to the @Brewers on punching their ticket to the post-season! ?? pic.twitter.com/eIa4sXRXWy

Congratulations to the @Brewers on clinching the post season!!

Oh yeah, and that guy in the middle is the NL MVP!!#ThisIsMyCrew x #FearTheDeer pic.twitter.com/jdpW2E7359

The Brewers will now take on the Detroit Tigers in a three-game series starting Friday to end the regular season.