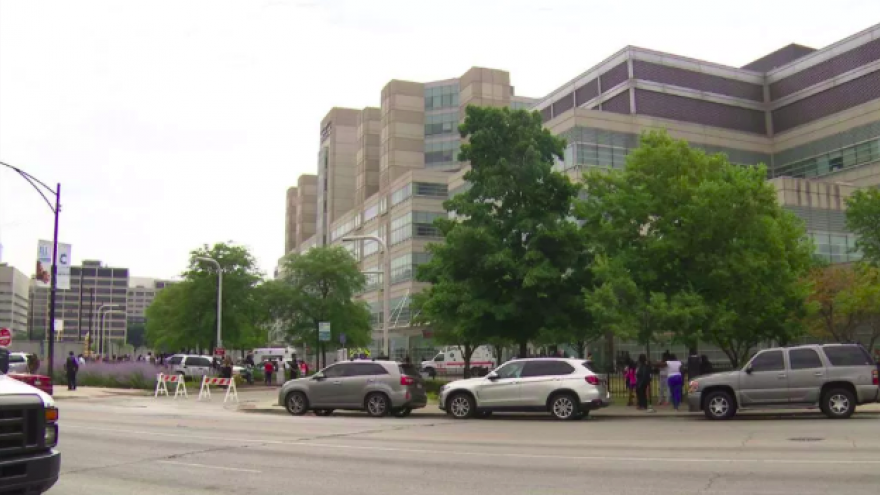 CHICAGO -- Emotional officials called Monday for increased accountability for gun assailants after at least 11 people were shot and killed and about 70 others were wounded in a spate of shootings over the weekend in Chicago. The violence peaked early Sunday, including one shooting on the city's South Side that wounded eight people.

By comparison, at least seven people were killed and 32 were wounded during the long Memorial Day weekend, which is often one of the most violent weekends of the year for the city, the Chicago Tribune reported.

Chicago mayor Rahm Emanuel condemned the violence in a press conference Monday, saying "we have a heavy heart." Both Emanuel and Chicago Police Superintendent Eddie Johnson called for increased accountability for shooters and a broader community effort to decrease violence. 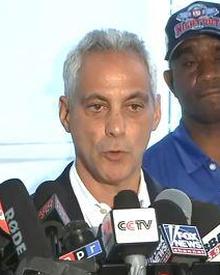 Much of the gun violence was targeted or linked to gang conflicts, police said. The shootings were largely concentrated to four of the city's 22 districts on the south and west side, police said, but Emanuel and Johnson said it has no place in the city.

He said he 's met with parents who lost their children as well as doctors and nurses who worked over the weekend to save lives. He decried what he called a "shortage of values about what is right, what is wrong" and said anyone who knew the identity of a shooter has a "moral responsibility to speak up."

Johnson attributed much of the violence to repeat gun offenders who illegally obtain guns and get a "slap on the wrist" after they are arrested. He called on the state legislature to strengthen penalties for those linked to multiple gun crimes.

"It's the same individuals who repeatedly commit these crimes," Johnson said. "Where's the accountability?"

"They take advantage of that opportunity and they shoot into a crowd, no matter who they hit," he said.

"It's a state of emergency in our city," Pfleger said.

Chicago ended 2017 with fewer homicides, 650, than 2016, when there were 771. Although the drop was significant, the total still exceeded the combined the number of killings in New York City and Los Angeles, which are the two U.S. cities bigger than Chicago.

Johnson said police have worked to remove illegal guns from the streets, seizing over 5,600 weapons so far this year and 60 more this weekend. He said that while investigators have several good leads, so far no arrests have been made specific to the weekend shootings.

There were two separate shootings in the Lawndale neighborhood on Sunday, CBS Chicago reports. Two gunmen exited a vehicle and shot four people at a party then fled the scene. The victims were all hospitalized in stable condition, according to WLS-TV. 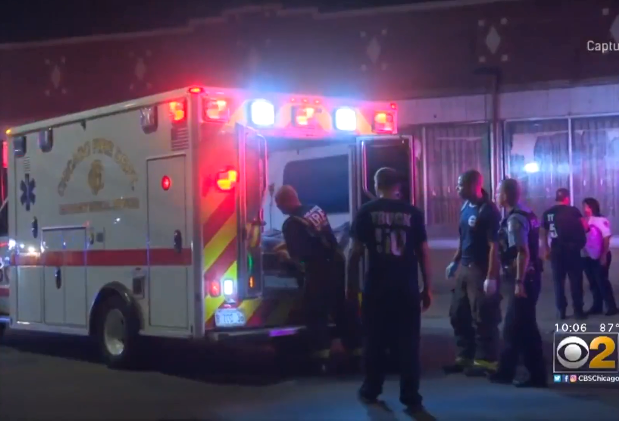 In another incident, two gunmen approached a group of people and opened fire, the Chicago Tribune reports. A 17-year-old girl was shot in the face and was pronounced dead at the scene. Five other victims were rushed to the hospital.

In the city's Gresham community, eight people were wounded when several gunmen opened fire outside a building in the 1300 block of West 76th Street, the Chicago Police Department said. The victims — five females and three males — were taken to nearby hospitals for treatment and were all listed in stable condition.

They suffered gunshot wounds to the legs, buttocks, hands and a graze wound to the head, police said. No suspects were taken into custody.

Chicago's gun violence has drawn widespread attention, including from President Donald Trump and his lawyer, Rudy Giuliani, who blamed the problem on Chicago's longtime "Democratic rule" in a series of tweets on Sunday and Monday.

The former New York City mayor tweeted his support for Chicago's former superintendent, Garry McCarthy, referring to him as "Jerry" and calling him a "policing genius." McCarthy announced this year that he plans to run for mayor next February against Democratic Mayor Rahm Emanuel, who fired McCarthy in 2015 after the release of dashcam video showing a white police officer shoot a black teenager, Laquan McDonald, 16 times. 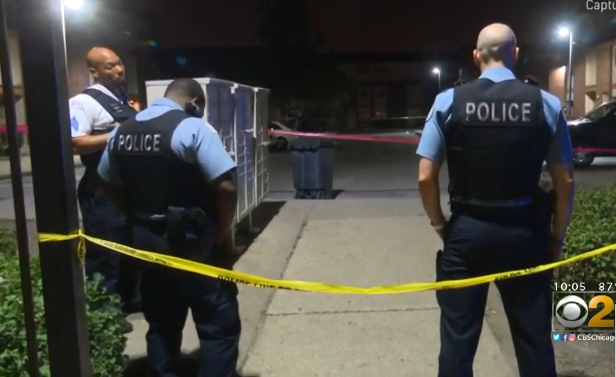 Misspelling Emanuel's last name, Giuliani tweeted: "He can do a lot better than Mayor Emmanuel who is fiddling while Chicago burns."

Giuliani also falsely claimed that Chicago had "63 murders this weekend."