Wauwatosa woman jumps onto SUV to stop it from being stolen 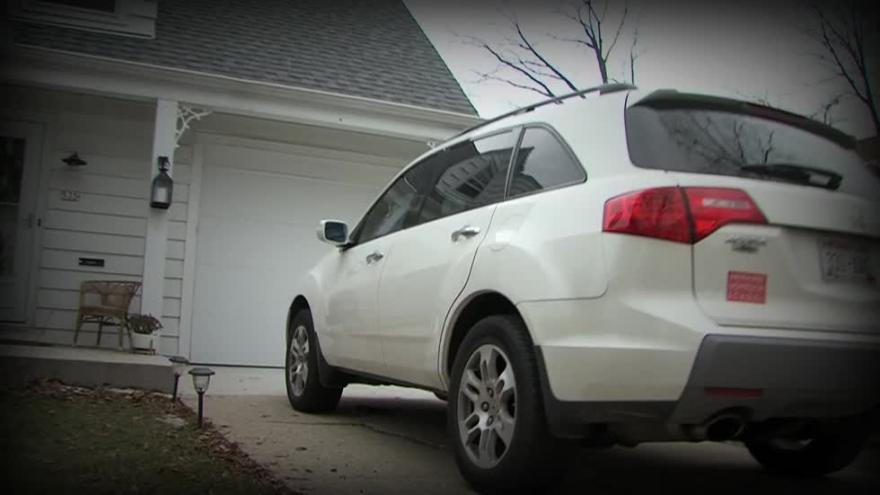 WAUWATOSA (CBS 58) -- A woman in Wauwatosa jumped onto her SUV while it was being stolen on Monday. Her actions actually succeeded in scaring two suspects away.

Authorities, however, wouldn't recommend her strategy.

Katie Diederich said that when she told Wauwatosa Police what had happened they were shocked when she told them what she did. They warned her that she left herself open to the risk of a serious injury.

But she says you can't argue with her results.

At 3 p.m. on Monday Diederich was going to pick up her son from school when she ran back inside her home to grab something.

"And within 30 seconds I realize my car is starting to pull out of my driveway," Diederich said.

"And I like jump on the corner of my car to jump grab on to whatever I could while I was staring at him," Diederich said.

"I made direct eye-contact with one. It was really terrifying," Diederich said.

She started screaming - and on the site Nextdoor - neighbors started posting. One read: "My husband just called to tell me he was outside when he heard a woman screaming across the street... toward Bluemound"

But the situation was over before neighbors or police got there.

"He realized I wasn't getting off the car so I think I kind of scared him away. And he decided to then get out of the car, put it in drive, and sort of roll out of the car, and run away as I tried to jump in the car to park it," Diederich said.

Wauwatosa police are now on the search for two suspect seen in the area driving a stolen white Volvo sedan.

They also have warned neighbors that vehicles are being targeted and even home break-ins could happen if car keys are left in view from an outside window.

Diederich said that she just feels fortunate that her four-year-old wasn't in the SUV at the time.