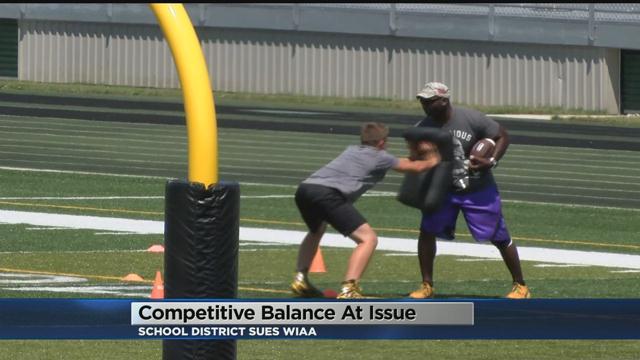 The Wauwatosa School District is suing the WIAA and calling on them to scrap their 'conference realignment plan'.

Under that plan Wauwatosa East and Wauwatosa West High Schools would be put in the same conference. But district official have concerns about how competitive it is.

Wauwatosa West is being moved into the Greater Metro Conference along with Germantown High School - and if you pay attention to prep sports you know they're competitive at the state level.

Administrators with Wauwatosa School District expressed that they would have rather seen the schools placed in the Woodland Conference but that wasn't the decision from the WIAA.

The lawsuit filed by the Wauwatosa School District calls for an injunction on that plan that's supposed to start in the 2017-2018 school year.

In a statement, the WIAA acknowledged that this is an emotional issue but they considered many plans before landing on this one. They also reaffirmed that the WIAA did have the ultimate authority in making this decision.