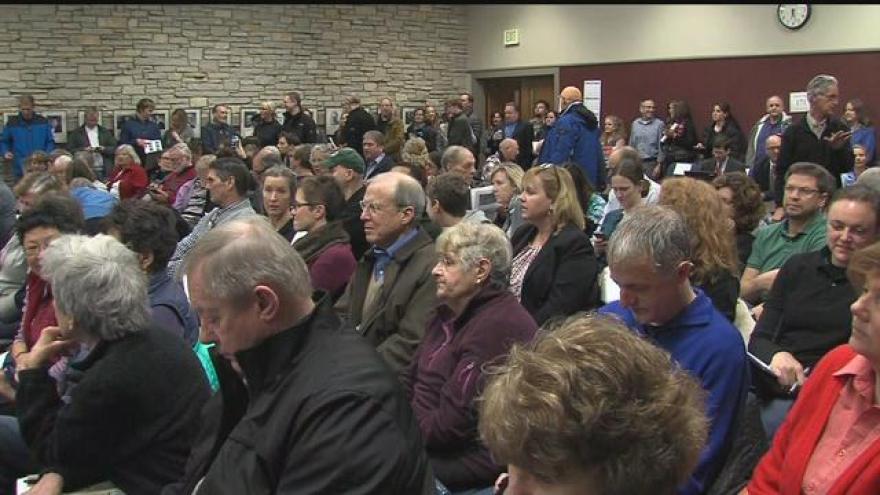 The nearly 200 page draft of the Life Sciences District Master plan which outlines development along Watertown Plank road came out in January. Discussion started on social media and it went from there which led to a meeting on Tuesday January 17, 2017.
Droves of people filed in - and overflowed the council chambers at Wauwatosas City Hall, almost all of them concerned about an area many call "Sanctuary Woods.
The area is full of trails, wildlife and many people go there to walk their dogs. One map of the plan has a road to be built that would cut through part of the woods.
Social media discussion spread, and the message turned into the woods being destroyed.
The company that helped draft the plan says these are the early stages, anything can change.
Mayor Kathy Ehley said the plan balances nature and development and that all of this is a misunderstanding.
Mayor Kathy Ehley, Wauwatosa mayor says "I think it's a benefit for the community the whole thing is we need to have great jobs in the area we need to grow jobs and we need this green space." Amanda Porterfield asked, "Just to clarify if it goes through what would happen to sanctuary woods area?" Ehley responded, " Nothing it would remain the way it is today,"
People also have concerns about the tall buildings in the plans, but again these plans are not anywhere near set in stone at this stage.
We talked to people afterward. Some say the meeting helped clarify things,  others say they still don't want the development to happen in that area at all.
Citizens can attend and give public comment an open house about the drafted plans on February 7th from 5:30 to 7:30pm at Wauwatosa City Hall.