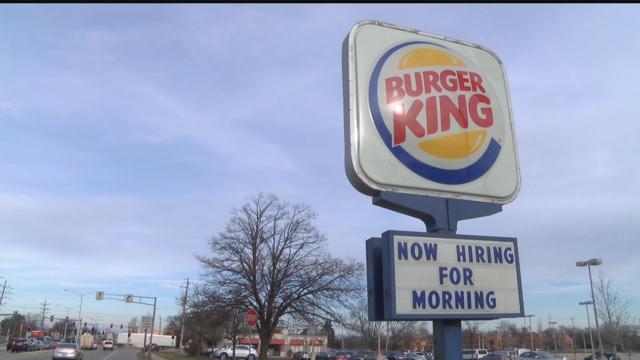 Wauwatosa police say 'overseas hackers' may the behind the data breach targeting customers of a local Burger King. Now the business owner is asking for more help from authorities.

Right now this Burger King is operating cash-only' as new investigators get a look at the computer system inside the restaurant at 3880 North 124th Street.

The escalation is happening after months of reports from banks about information theft. At least one more of those reports came in this week.

Wauwatosa police released new figures on a data breach connected to the Burger King this week. So far, 1,061 accounts have be compromised. $163,491.03 have been reported lost/missing.

"Well in this case, based on the investigation that we've done so far and where these fraudulent accounts are being used, we believe that it's probably being transferred somewhere outside of the united states. Hopefully they'll be able to go into the computer system and determine - either through an IP address or some other means - where the information is being sent to," Lt. Brian Zalewski said.

In the last 24 hours V&J Foods - which owns the Burger King - has reached out to authorities for assistance. Now a Milwaukee Police Department computer forensic special is getting involved.

"We do have options. We do have equipment and investigators who are trained to do these things but we need consent to go and access the computer system of a business which, in this case, we feel it's their computer system that's causing the problem," Lt. Zalewski said.

The vice president of V&J foods declined to comment on the situation at this time.