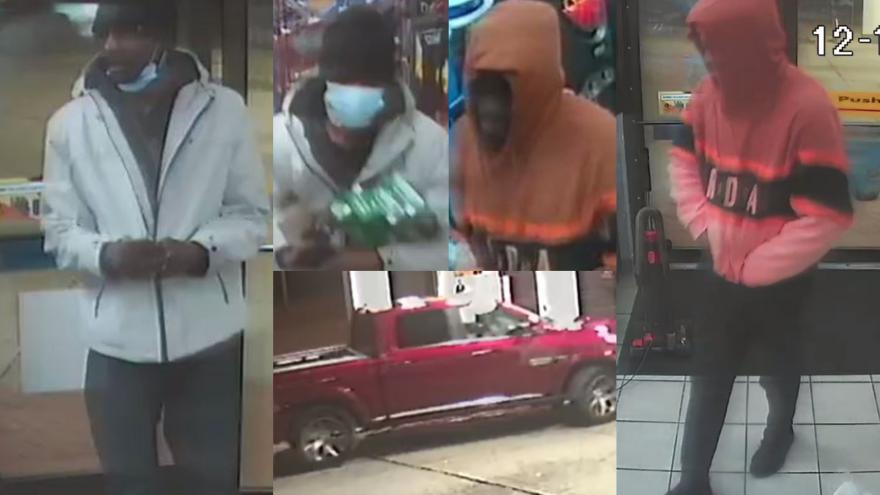 Officials say the suspects entered a business near Hawley Road and Michigan Street around 9:55 p.m. and removed property and cash.

When confronted by an employee, police say the suspects threatened physical violence before fleeing in a vehicle driven by an unknown third person.

Suspect 2 is described as a Black male, 20-30 years old, 6'-6'2", 210-230 pounds, wearing black sweatpants, black shoes and an orange, hooded sweatshirt with a black stripe across the stomach area with "Jordan" written on it.

The suspect vehicle is a maroon 2018-2020 Dodge Ram 1500 crew cab with chrome wheels/trim and unknown registration on the front and back bumpers.

Anyone with information is asked to contact Wauwatosa police at 414-471-8430.