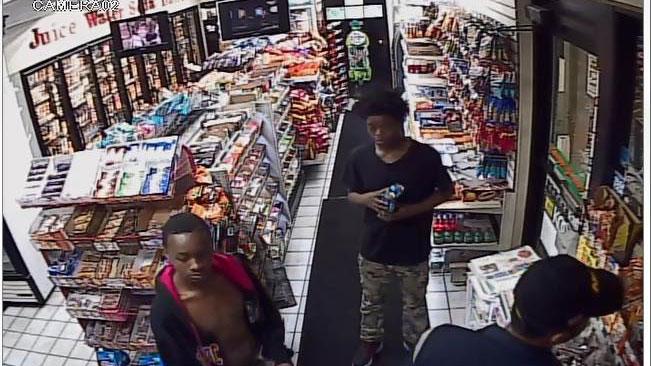 NOTE: Originally it was reported the teenagers were involved in a carjacking but the car was not stolen in Wauwatosa it was stolen in Milwaukee.

The suspects were captured a short time later on video surveillance in the area trying to use the victim’s credit card.

On May 30th, 2016 at 1:13pm, a Wauwatosa Police Officer attempted to stop the same Jeep Liberty from the earlier robbery. The suspects fled from police and a short pursuit ensued. The Jeep was not located.

On May 31st, 2016 at 2:56am, the Wauwatosa Police Department responded to a window smash burglary at UW Credit union, 6510 W. State St. Video surveillance shows that the same Jeep and, likely, the same suspects were involved.

On June 1st, 2016 at approximately 10:00am, the stolen Jeep Liberty was recovered in the 8200 block of W. Grantosa Ave. Four suspects were observed by a resident abandoning the Jeep and attempting to steal another vehicle (unsuccessfully).

First suspect is described as a male/black, 14-16 years old, 5’05” tall, 120-140 lbs., short hair with small side part. He was wearing a dark colored zip up sweatshirt with red lettering (Possibly WISCONSIN) and red inside the hood, tan shorts.