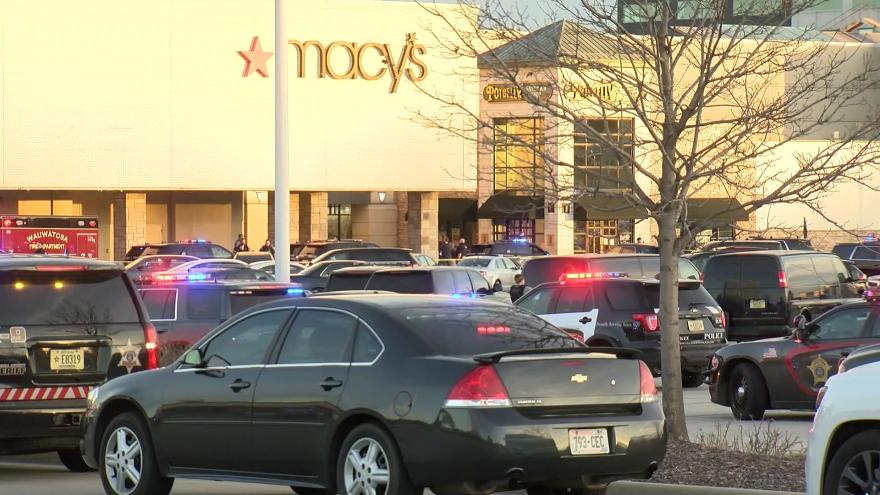 WAUWATOSA, Wis. (CBS 58) --- Wauwatosa Police have arrested a 15-year-old boy in connection to the shooting at Mayfair Mall that left eight people injured.

Officials made the announcement Sunday, Nov. 22 during a press conference.

The suspect's firearm was also recovered at the scene of the arrest.

Police say the suspect ran out with other people who were exiting the mall.

Police believe this is not a random act and that there is no danger to the community.

The name of the suspect has not been released by police. Officials say a photo of the suspect was not initially released to the public due to fear of the investigation being compromised and potential destruction of evidence.

Mayfair Mall was opened to the public Sunday.

Wauwatosa police have been searching for the suspect since the shooting took place. Officials said seven adults and one teen were shot. They were transported to local hospitals and are expected to survive.

Police said when they arrived at the mall, the shooter was "no longer at the scene."

Officers said the shooting is believed to be the result of an altercation and not a random act. They described the shooter as a white male in his 20s or 30s.

On Saturday morning, Wauwatosa officials said investigators are working tirelessly to identify and aprehend the suspect from Friday's shooting at Mayfair Mall.

This a developing story and will be updated.