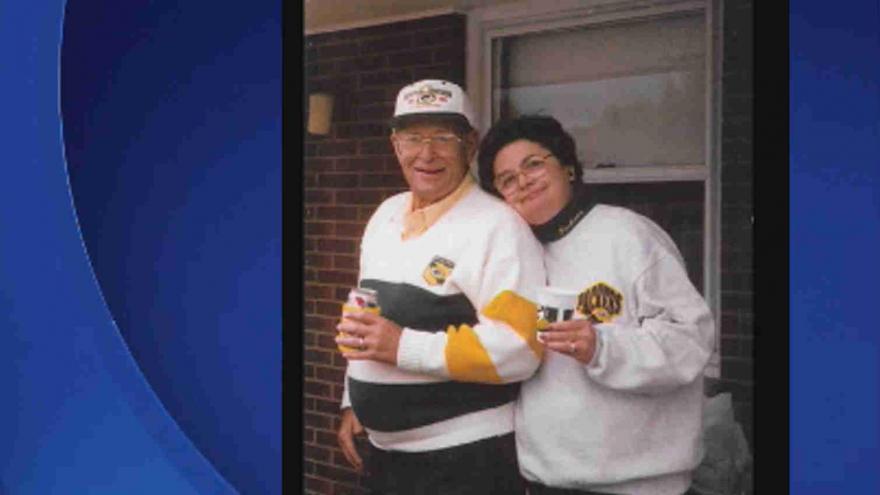 After ten years of her family submitting an application, Rosemary Scheible, is a nominee for the 2017 Green Bay Packers Fan Hall of Fame!

Affectionately known as  "Granma Rosie", the 87 year old and her granddaughter Angela Monigal  joined Michele McCormack Wednesday live on the CBS 58 News at 4.

The Green Bay Packers Football Team was the first professional team to have a hall of fame.

It only enhanced that distinction in 1998 by establishing a Packers FAN Hall of Fame.

It was founded for the purpose of annually honoring a devout and longtime Packers fan.

Ten finalists have been named in the search for the 19th member of the Packers FAN Hall of Fame.

You can vote daily throughout January.

While being a Packers season ticket hold for the past 50 years, Rosie was surprised and extremely honored to be nominated for this year’s Fan Hall of Fame.

Family and friends alike always bring up her infection smile and laugh.

To hear her loved ones tell it, Rosie has a heart of green and gold, cheese flowing through her veins, and a football focused mind.

Rosie is a contributor to many local charities and schools throughout the her wonderful years.

She says she s humbled by the honor to be a nominee for the Fan Hall of Fame.

Her family would like you to help her achieve her dream.