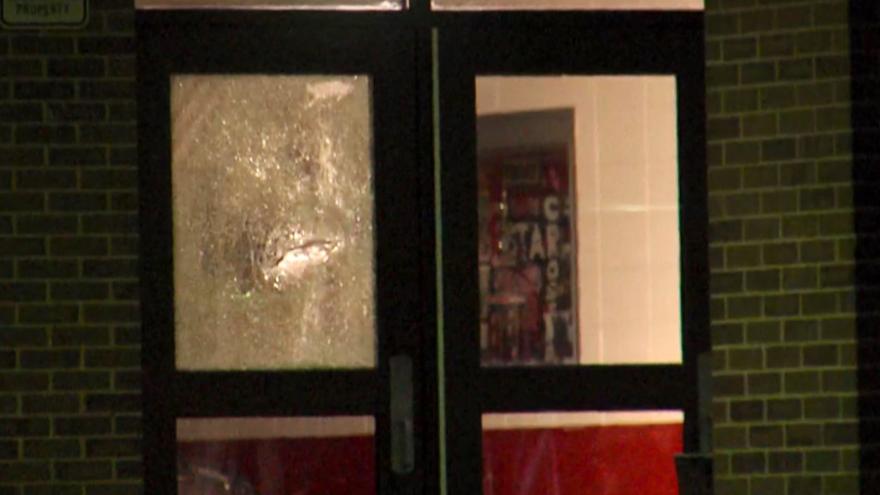 One person with a bat broke several windows at the school.

Authorities say no one got inside the building.