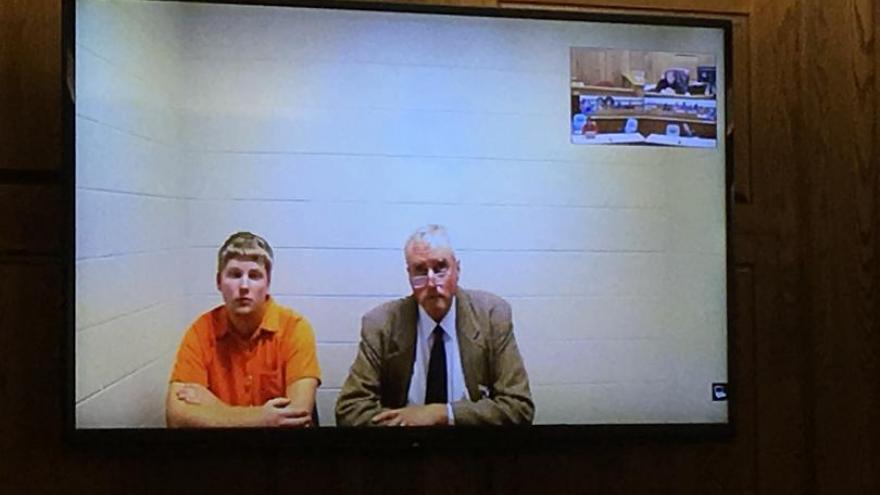 WAUPACA COUNTY, Wis. (WBAY) -- A Waupaca County man has been sentenced to 10 years in prison for the fatal shooting of a friend during a "cops and robbers" game.

Austin Hovarter, 18, appeared in court Wednesday for his sentencing hearing on a charge of first degree reckless homicide.

The July 26, 2017 shooting killed 15-year-old Jacob Peglow at a home in the Township of Farmington.

Investigators said Hovarter and Peglow were looking at guns in Hovarter's home on the day of the shooting. Hovarter told a deputy that he pulled a .22 revolver from a holster.

Hovarter said he remembered pulling the trigger and Jacob saying, "I think you shot me." Austin stated that he believed the gun to be unloaded.

Hovarter told a state Department of Criminal Investigation agent that the boys had been playing cops and robbers the day he pointed the gun at Jacob Peglow.

The judge also sentenced Hovarter to 10 years of probation. After his release, Hovarter will have to speak once per year at a hunter's safety course. The judge also ordered Hovarter to write a check for $16 each week and donate it to the Jacob Peglow Memorial Fund.