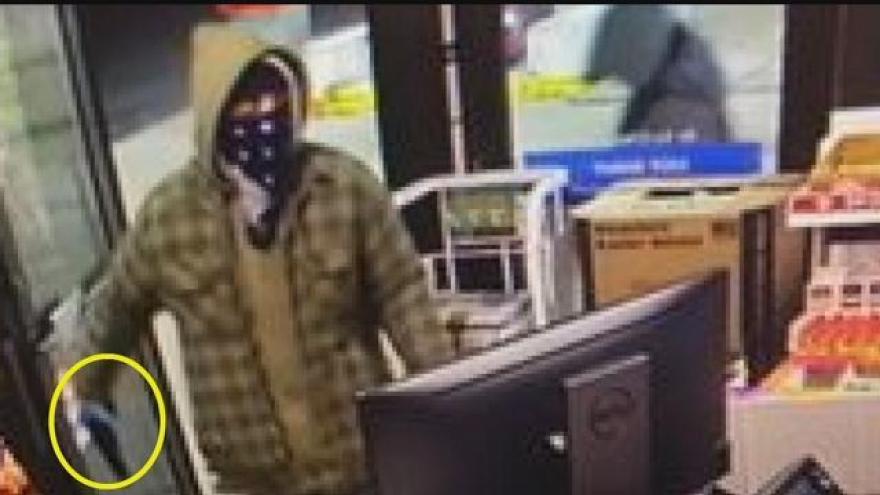 It's hard for Jacalyn Allen to watch surveillance video of herself being robbed at her job.

"I was very traumatizing, very scary," she said. I didn't know what was going to happen to me."

The gas station clerk was held at gunpoint during a robbery at a Waukesha BP on January 3.

"I've been around guns my entire life and I've never had one pointed at me," she said.

Anthony Deleon admitted to investigators it was a BB gun, and that he and Mitchell Gamroth used the money they stole to buy heroin and cocaine in Milwaukee.

"I don't ever want to relive it again," Allen said.

Deleon told investigators because "it worked the first time," they decided to rob another gas station at gunpoint. So, five days later, they targeted the Clark on Moreland and Manhattan.

Surveillance captured the suspects wearing the same clothes and blue latex gloves. Deleon said he stole those gloves from the Waukesha Freeman where he used to work.

The stolen cash is, again, spent on drugs.

"I was really relieved knowing I can come to work and not feel like I'm in danger anymore.

For now, Allen only works during the daytime and the store is installing safety glass for employees protection.

She's grateful for those who recognized the suspects and called police.

"People in my community care and wanted to get them locked up as we did," she said.

Cash bond was set at $100,000 for each suspect on Monday. They're due back in Waukesha County Court on January 18.