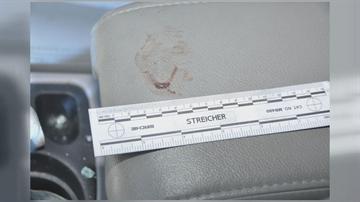 WAUKESHA -- At least three times in the past 21 months at three different car dealerships in Waukesha County, someone smashed windows and stole TVs, tail lights and even wheels from Cadillacs and a Lexus.

\"It's a pretty bold crime,\" District Attorney Brad Schimel said.  \"These happened at car dealerships that are in busy areas with a lot of lighting.  Eventually they're going to do a  crime like this and someone's going to see them.\"

The first incident happened in July 2012 at Wilde Auto on Highway 164.  Police found blood in the back seat of the car, likely from the suspect being cut on broken glass.  Later that year, police found more blood at similar scenes at Crest Cadillac in Brookfield and Boucher Cadillac in 2013.

\"There starts to be pretty strong evidence that the blood we found is of the person committing the crime,\" Schimel said.

The Wisconsin State Crime Lab analyzed the DNA from all three.  Results show the blood is from one man and the chances of them coming from different people are just one in 136 quadrillion.

\"If you believe in life on other planets we've probably got it covered,\" Schimel said.

The state crime lab cross-checked the DNA with criminals in the state and FBI's national database, but no match came up.  Without a suspect name, the DA filed felony charges against \"John Doe\" Friday.

Lawmen are optimistic the suspect will strike again and this time they'll be waiting.

\"I feel pretty confident we probably don't have all of the times that this person's committed these kind of crimes and he's probably not done,\" Schimel said.

If you have information about these crimes, you can contact the Waukesha County Crimestoppers through this link: www.stopcrimewaukesha.com/