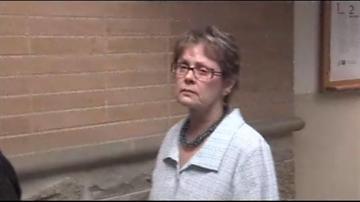 WAUKESHA-The Oconomowoc woman who allegedly left her gun in church appeared in court Monday on a misdemeanor charge of negligently handling a weapon.

She wouldn't answer reporters questions about whether she will continue to have weapons.

Instead, the defense for Susan Hitchler asked to have the case against her dismissed.

It was back in March when a worker at Elmbrook Church in Brookfield found a gun in the bathroom.

There was no safety, and one round in the chamber.

Hitchler apparently showed up at the church 30 minutes later looking for her gun.

\"An employee who found the weapon, picked it up and was carrying it around in an unsafe fashion and said, 'Hey, is this real?'  I think that's enough,\" said Court Commissioner Thomas Pieper who moved the case forward.