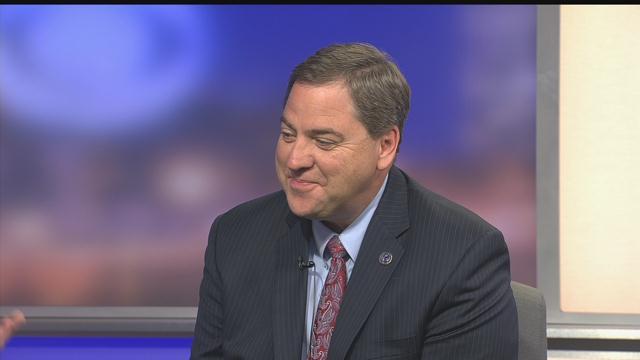 Before he was Waukesha County Executive Paul Farrow was a Wisconsin State Representative and Senator.

He knows the key figures now trying to unify the party after a bitter primary and the unconventional campaign of the presumptive GOP nominee Donald Trump.

Farrow told the CBS 58 News at 4 he sees no problem in the lack of an endorsement from Speaker of the House Paul Ryan for Trump at this point.

In fact, he thinks over the next several months Trump will have to better define himself and his views for all republicans not just the party leadership.

"Now it's up to Trump to go out into the public. He's got to sell us the idea that he should be our nominee. I think there are grumblings. We had people endorse Rubio and Cruz. There's always going to be I wish it was someone else."

Cruz, after all won the Wisconsin primary with the help of Governor Scott Walker.

Farrow isn't quite sure that his endorsement matters but said he will support his party's nominee.

On the campaign trail Monday, Hillary Clinton spoke in Detroit to one of the largest unions to endorse her.

Clinton's commanding lead over Trump in a hypothetical matchup is all but gone.  Trump now leads in one national poll and is neck-and-neck in another. The billionaire predicted Clinton would not be able to unify Democrats.

The latest CBS News Battleground Tracker poll shows that in key states, voters are divided on whom to pick for the White House.

In Florida, more voters think Clinton is ready to take over as Commander in Chief... but think Trump is more likely to "tell it like it is". More than 70 percent, however, also think Trump can be too extreme.

Senate Foreign Relations Chair Bob Corker of Tennessee, who met with Trump Monday in New York, praised Trump's challenge to the status quo... while sidestepping questions about running as the businessman's vice president.

Trump said he would announce a V-P at the Republican convention in July.