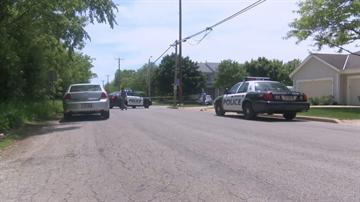 \"At 12 years old, my kids were still on bikes and skateboards,\" Mary Schroeder said Tuesday.

Schroeder lives in an apartment not far from where the two young girl suspects live.  Police say the girls stabbed their 12-year-old friend 19 times, missing major arteries by millimeters.

Schroeder says the neighborhood has felt different since the stabbing Saturday morning.  Police tell CBS-58 News both suspects were interested in websites and a fictional character that focus on death and murder.  Those are things Schroeder says parents need to know about.

\"I would monitor their every move,\" Schroeder said.  \"I would have that computer in a kitchen, limited to a half hour or hour.\"

Mother Griselle Cruz brings her children to the same park where police say the girls first led their victim.

\"We moved here thinking things would be different here,\" Cruz said.  Even though they're young, Cruz already keeps an eye on her children's' entertainment.

\"They have a tablet, but they only play games we put on there and TV is just little cartoon stuff,\" Cruz said.

\"My sister could've been down that street that morning, who knows,\" neighbor Brandon Krawczyk said.

For Krawczyk, the news hits especially close to home with a nine-year-old sister he looks out for.

\"They're charging them for attempted homicide, I'd say that's probably the best bet,\" Krawczyk said.

\"They knew what they were doing,\" Schroeder said.  \"I think they knew right from wrong and they left her to die.\"

Neighbors here hope their lives return to normal soon.  One woman CBS-58 talked to plans to pray for everyone involved, especially the suspects, saying \"their lives are ruined.\"