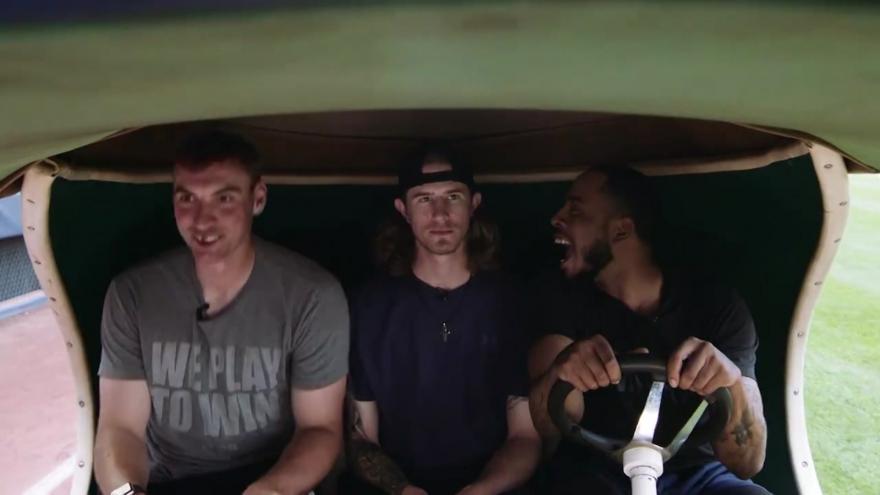 MILWAUKEE (CBS 58) -- The brewers re-enactment of the "Dumb and Dumber" scene has garnered reaction from the comedian behind it all, Jim Carrey. Carrey said he was "tickled stupid" with the tribute and said Brent Suter either has "comedy chops or a severe behavioral disorder."

Ahhh Milwaukee...where the beer flows like wine! I gotta admit, when I saw this Dumb and Dumber tribute from the Brewers I was tickled stupid. @bruter24: you got some comedy chops or a severe behavioral disorder. The difference is negligible. Spank You Kindly, guys! https://t.co/PgNy0e1Gu6

MILWAUKEE (CBS 58) – A new Milwaukee Brewers video features some of the players showing off their acting skills.

Pitchers Josh Hader, Brent Suter, and Jeremy Jeffress starred in their own version of the hitchhiker scene from the movie “Dumb and Dumber.”

The spoof is a promo for the Brewers’ mini-replica bullpen car giveaway on June 17.