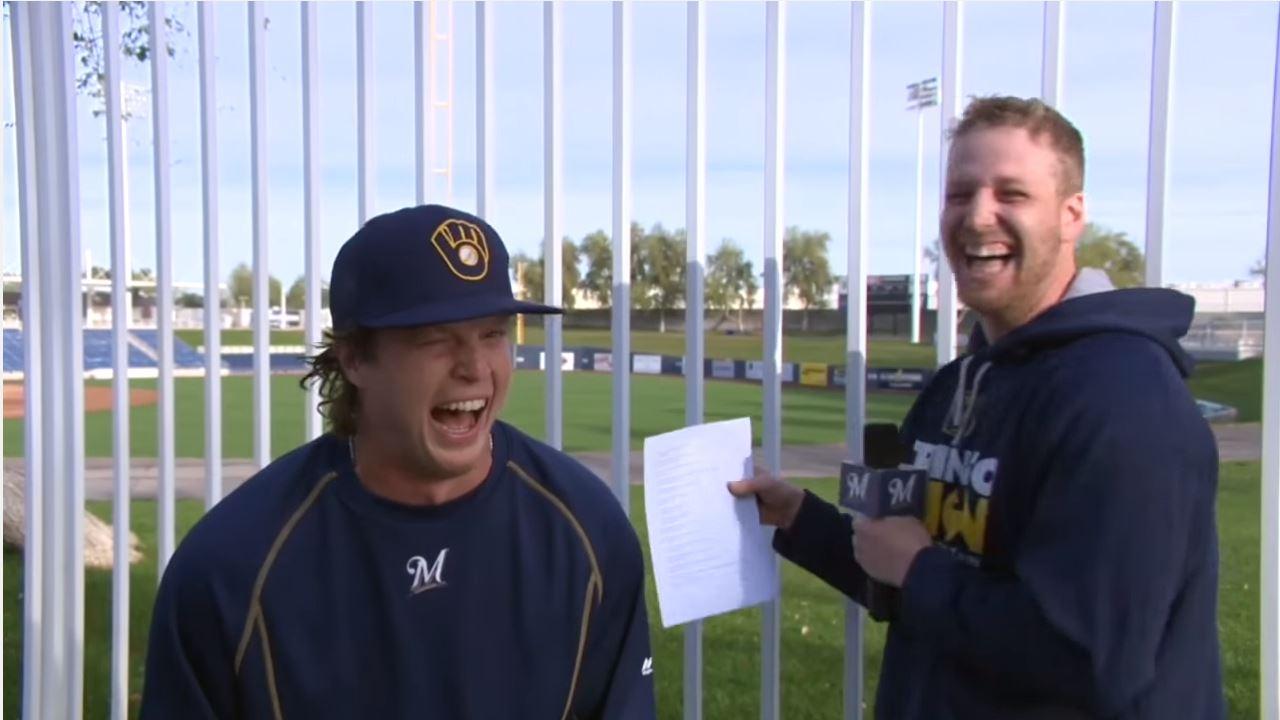 A week ago CBS 58 Sports Director Kevin Holden was in Arizona for Brewers Spring Training and took a video of Brett Phillips laughing during his photo. The video went viral with nearly 800 retweets on Twitter and 1,000 likes. Here's the original video if you haven't seen it:

The Brewers have caught hold of the viral laugh and released a video on Monday of Brewers player Will Smith telling his mom's jokes to Brett Phillips. If you thought the first video was good, you have to see this next one.