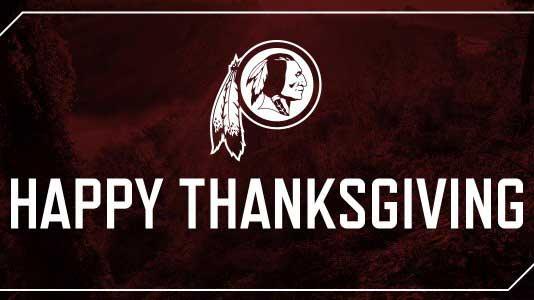 A tweet from the Washington Redskins is causing controversy for using its Native American logo in the tweet.

Wishing you and your family a Happy #Thanksgiving. pic.twitter.com/qI3U7hbGhK

Maybe y’all should sit this one out RT @Redskins: Wishing you and your family a Happy #Thanksgiving. pic.twitter.com/FL6CKnPlyf

@Redskins remember how you continue to disrespect half of the people that were at Thanksgiving? Neat.

The Native American imagery for sports teams has been controversial.

That same week President Obama said the Washington Redskins should consider changing it's logo, according the Wall Street Journal.