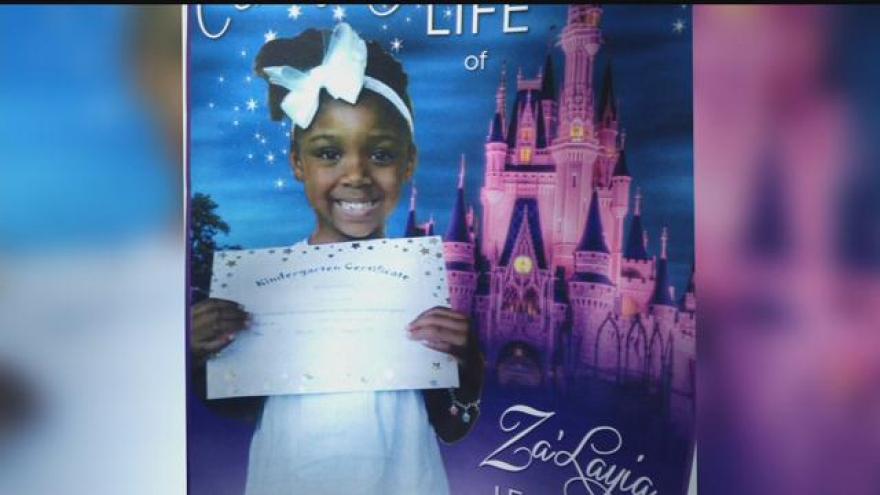 A warrant has been unsealed in the investigation into the fatal shooting of Zalayia Jenkins.

A witness told police that five minutes prior to the shooting she saw two vehicles. She believed they were conducting a drug transaction and she yelled to the drivers to stop selling drugs. Words were exchanged and a white Chevrolet Malibu drove off.

Minutes later the Malibu returned and parked at the corner of North 16th Street and Meinecke Avenue.

The witness told the children to go into the home.

Another witness identified three people that the witness thought were in the Malibu.

Police spoke to the owner of the vehicle that said her boyfriend’s friend had been driving her car.

The car was returned to the owner sometime in late May or early June.

During the investigation, police observed a small hole in the rear bumper consistent with a bullet hole.

A phone was found in a stolen car that crashed after a Greenfield Police pursuit on I-43 on May 2.

This was three days before the 9-year-old’s fatal shooting.

The cellphone was connected to a Gmail account for a possible suspect in the girl’s homicide.

In text messages three days prior to girl’s death, the homicide suspect referenced being with the driver.

Milwaukee Police requested the search warrant to Sprint in November.

In addition, the warrant was for originating and terminating cellular telephone sites and corresponding street address of those towers for all calls and text messages during that time.

The warrant, also, requests the billing and subscriber names and identifiers.