Warming back up for the second half of the week 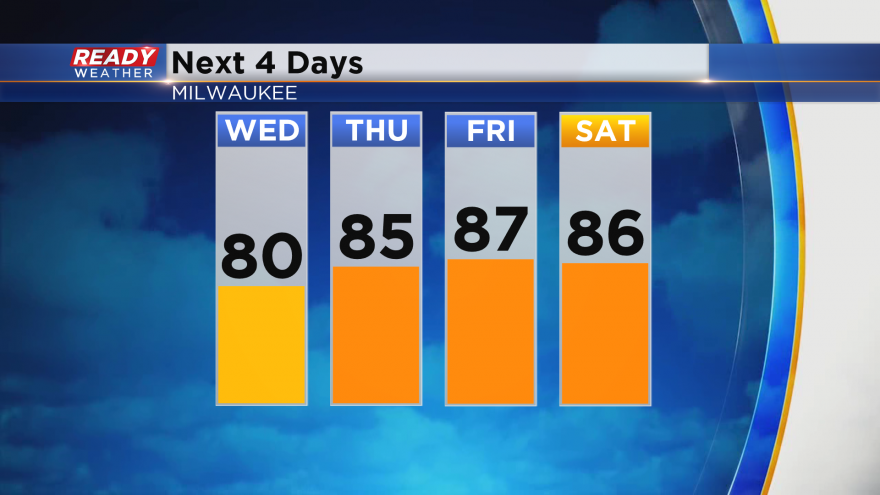 Last night was one of the most refreshing nights of summer as temperatures dropped into the 50s across all of southeast Wisconsin. Burlington even fell into the upper 40s! 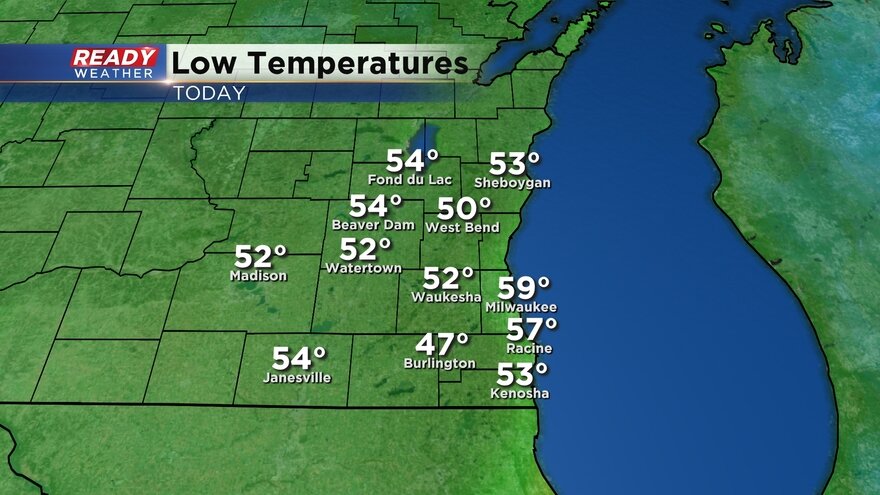 Nights in the 50s and have been few and far between in Milwaukee this summer. Today’s low of 59 was only the 17th time temps have dropped below 60 degrees since June 1st, and a majority of those nights occurred during the first half of June. The record for fewest nights below 60 degrees in a summer is 16 set in 1995, 1933, and 1932. 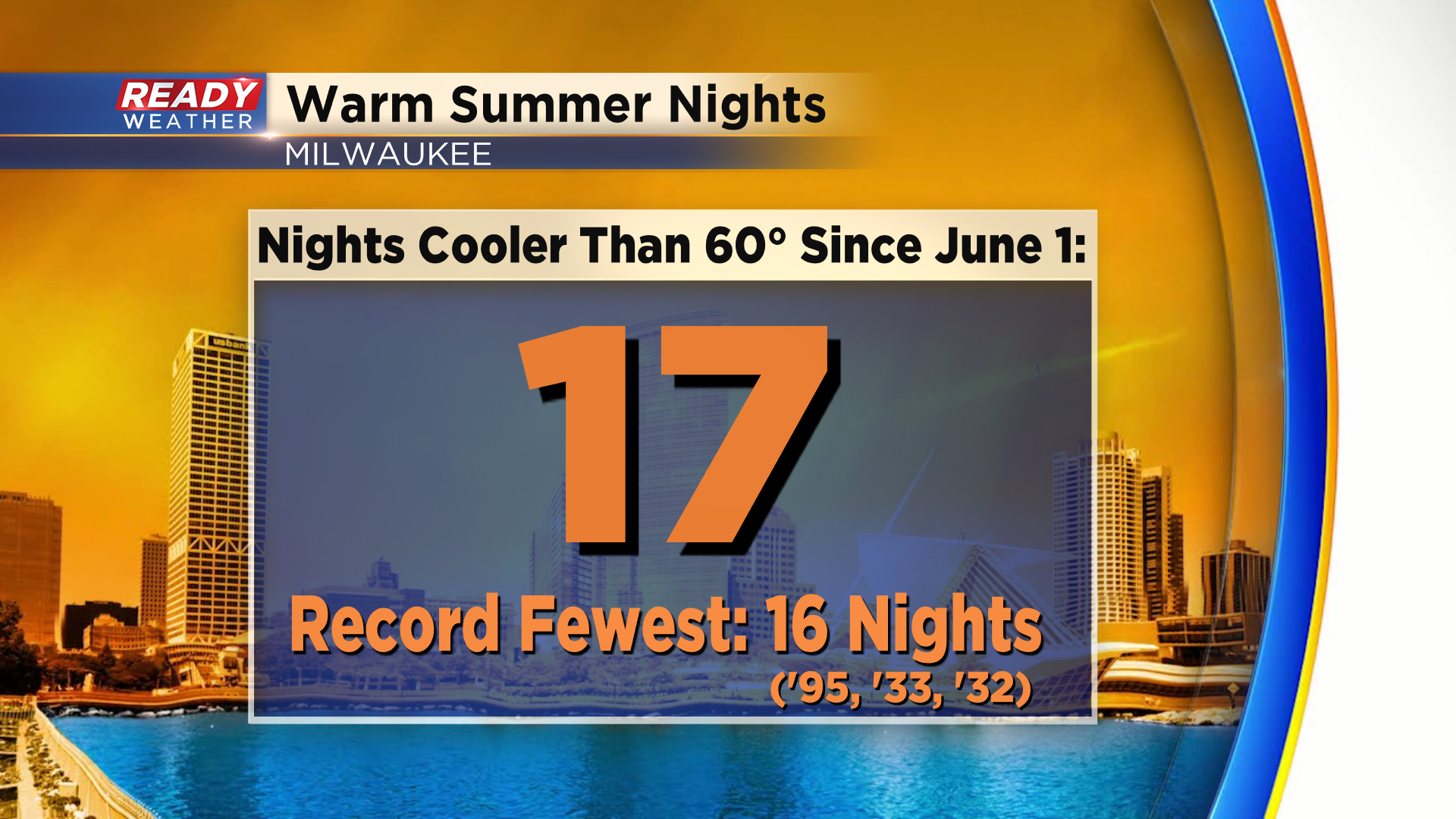 Warmer air will be moving in to end the week, so we will likely be staying in the 60s at night going forward, especially in Milwaukee. After another pleasant day today, temps will be rising into the mid 80s the next few days. 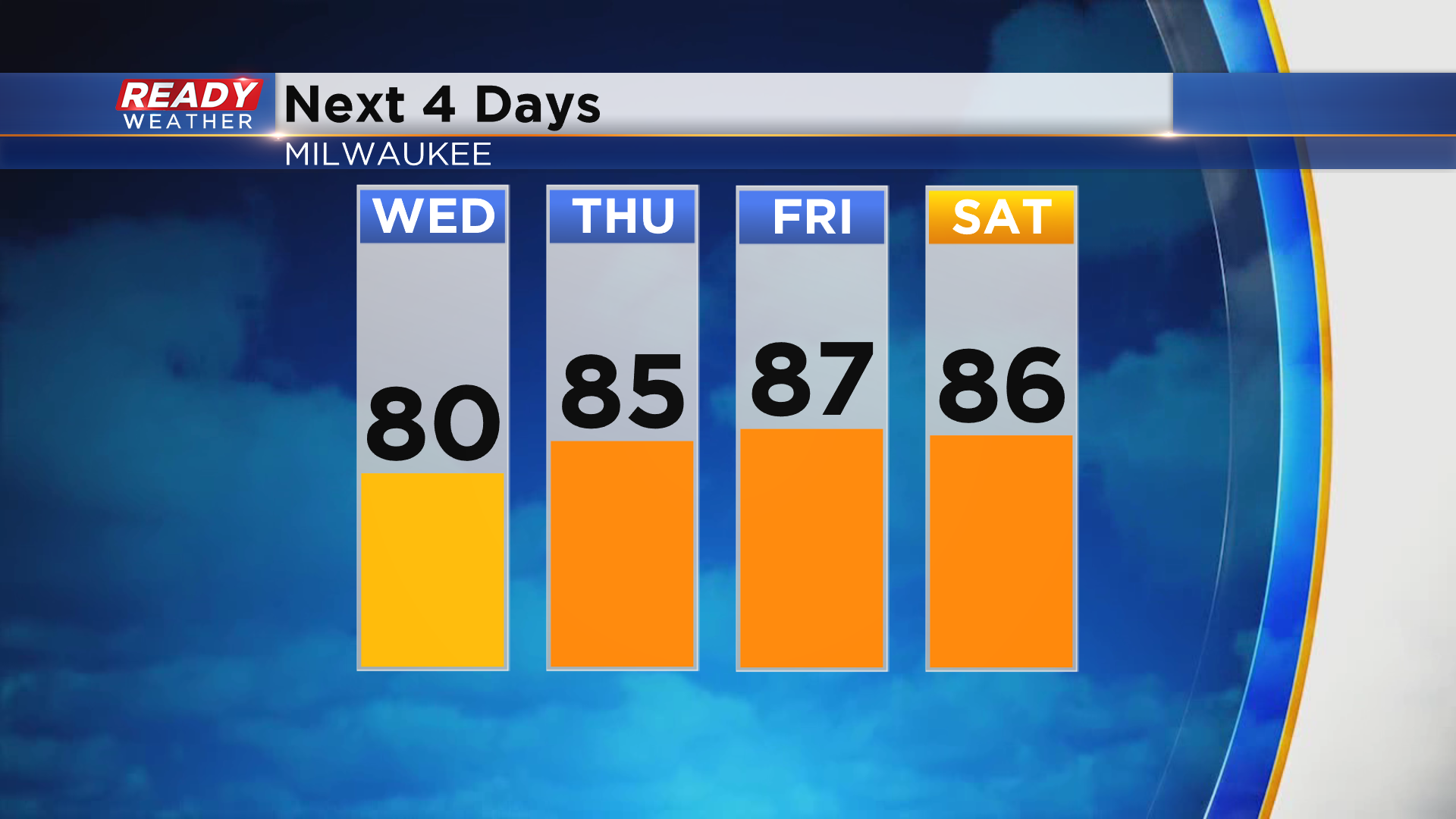 The 80s could linger through a good portion of next week as well. We’ve been talking about the impressive number of days Milwaukee has been at or above 80 degrees throughout the summer (54 days from June 1st through August 18th), and with more 80s on the way we’ll be on record watch through the end of August, which marks the end of meteorological summer. 2010 holds the record for most days 80 degrees or warmer during meteorological summer with 63 days. 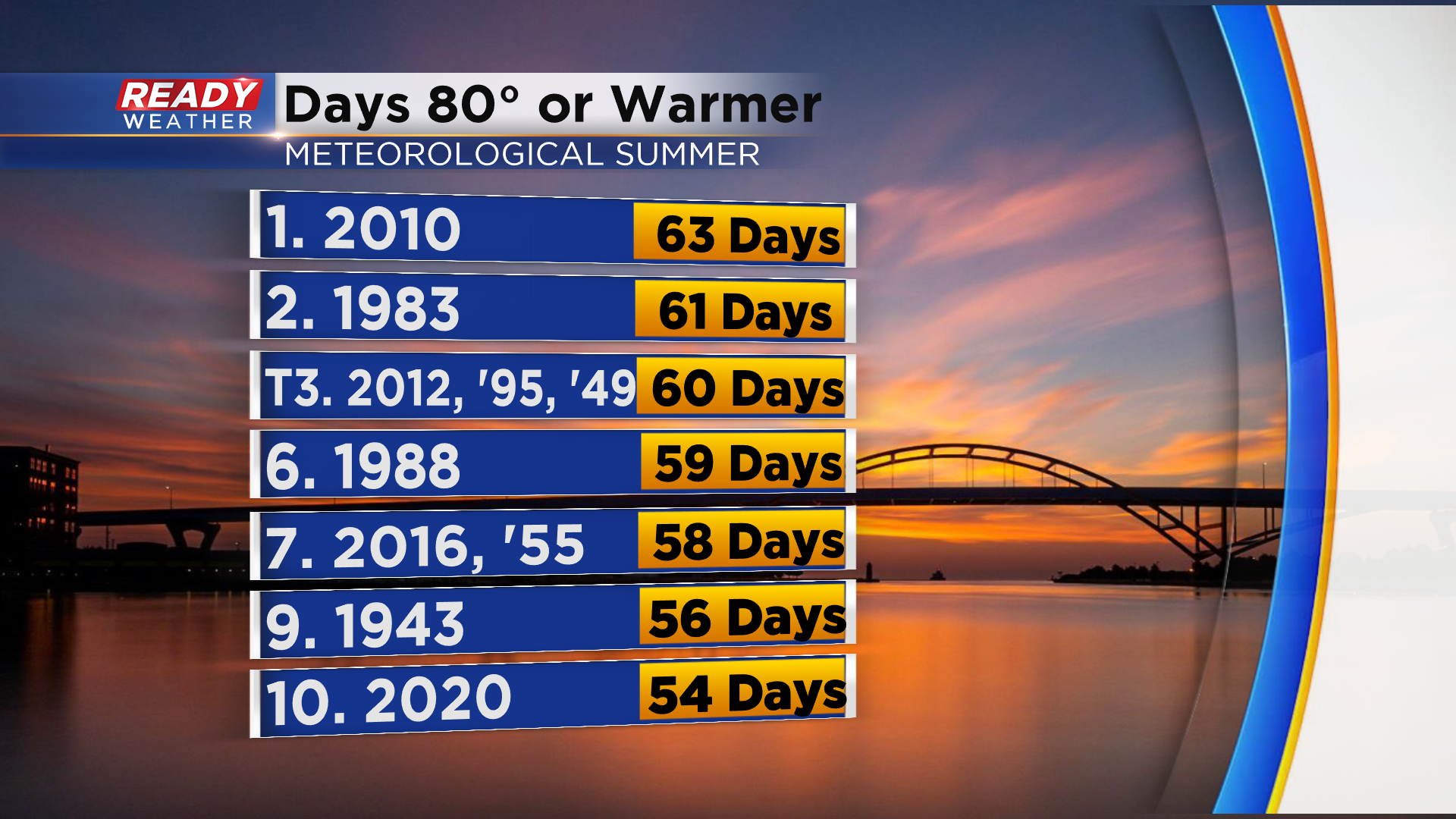 See if there are any 70s in the 10 day forecast by downloading the CBS 58 Ready Weather App.