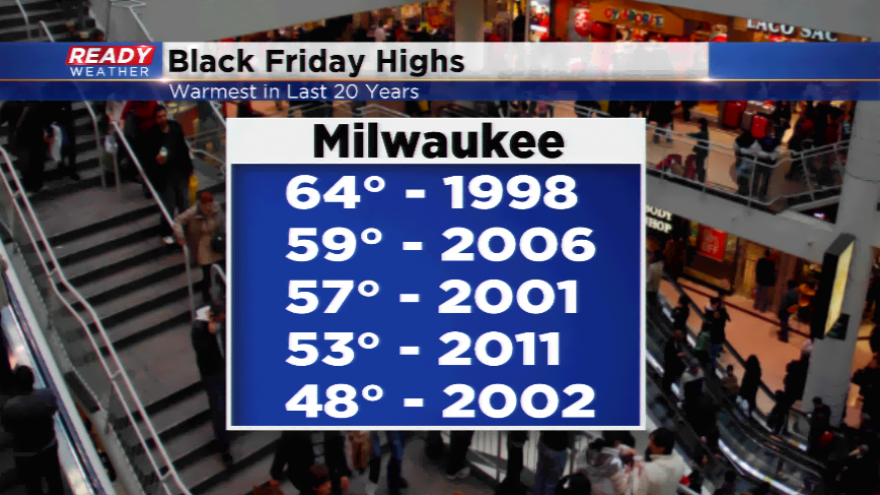 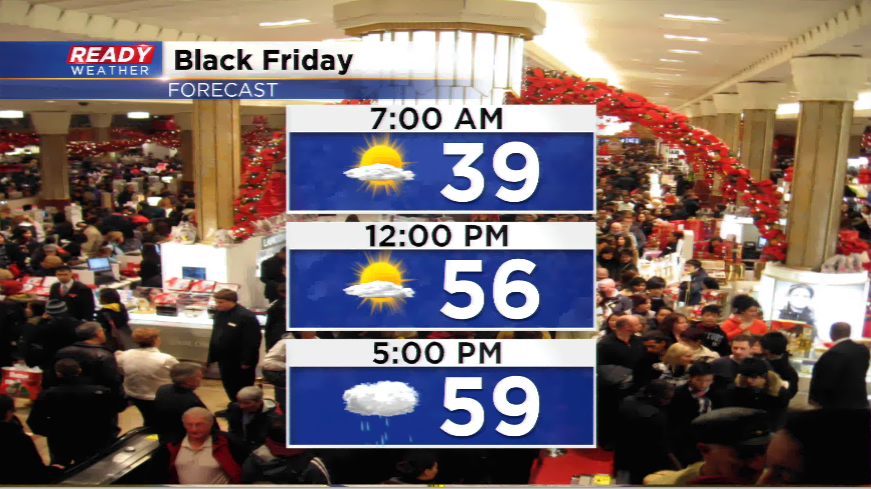 The temperatures this month continue to run below average and the coldest against the average since February of 2015. This could change as a warmer air mass sets in for today, and into early next week. 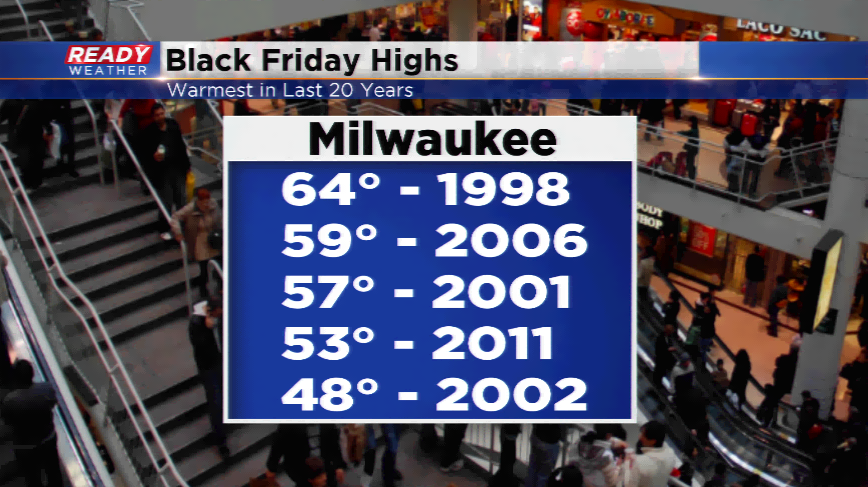 The warmest temperature so far this month was 53 degrees, which was back on the 5th of the month. Let’s compare that to last year’s warmest day of 77 degrees, by the way was tied for the warmest high ever recorded in November for Milwaukee. 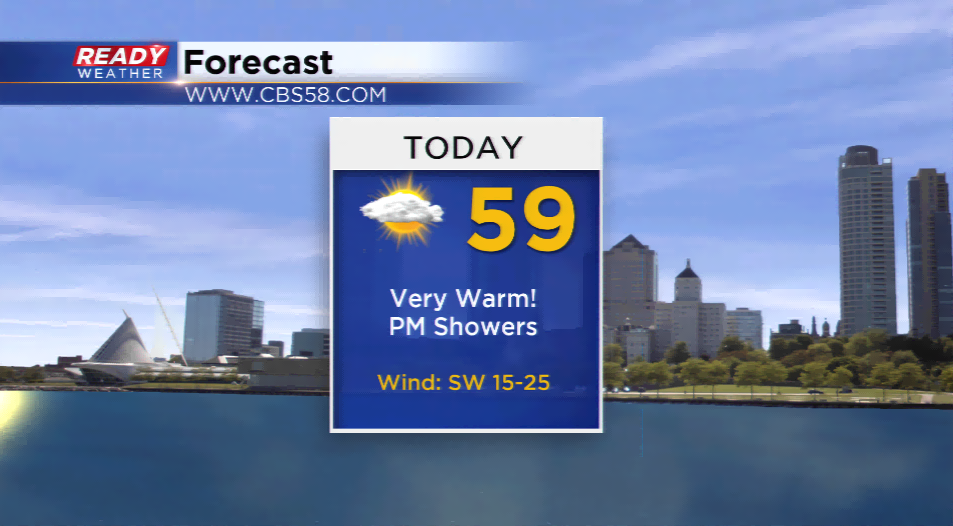 There is a chance of a shower this evening, but it will NOT ruin the day.  The models have been trending drier the last few days.  If you're shopping this evening, just bring the umbrella or keep tabs on the radar with the CBS58 Ready Weather App. 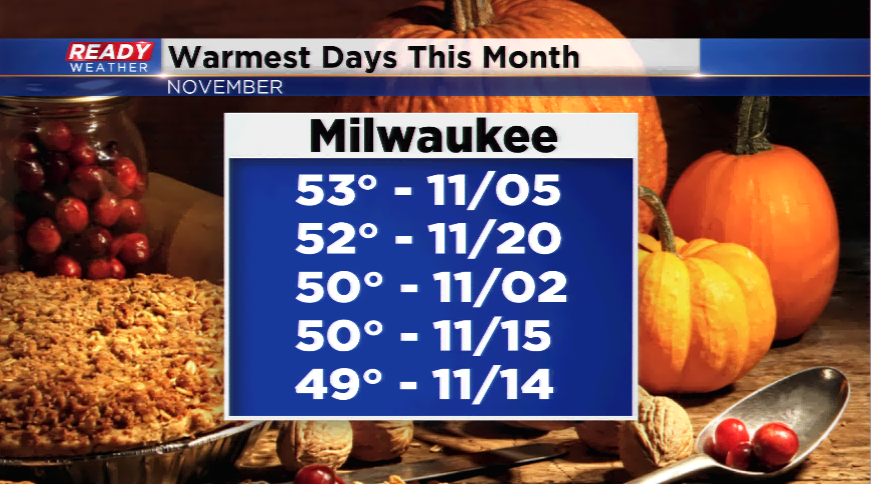 The coldest Black Friday highs the last twenty years were 2003 and 2010 when the high only hit 32 degrees. The daytime temps go back to a more seasonal pattern this weekend with temperatures in the 40s, but more 50s are on the way for next Monday and Tuesday! 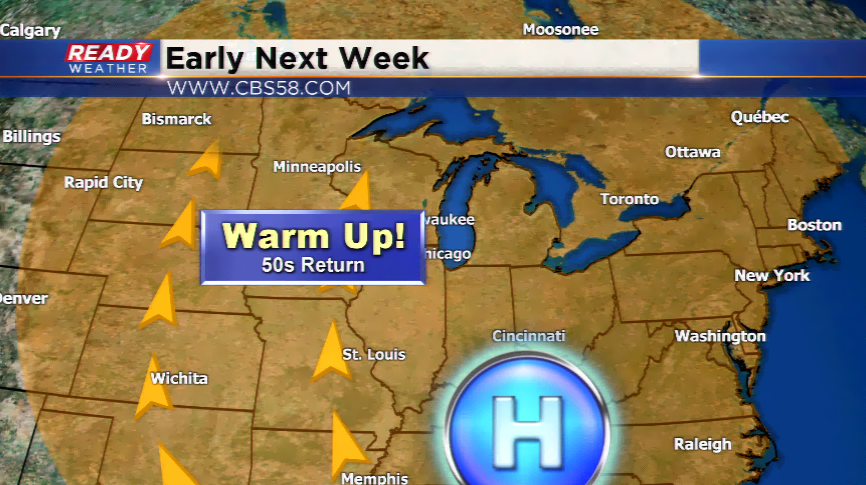