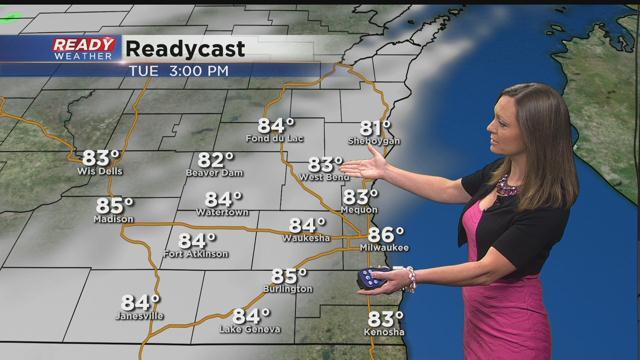 Mother Nature has stream rolled us from July into August. July went down 2.7 degrees above normal and featured six days in the 90s. So far this month, we've been able to tack on another ninety degree day, with the rest of the month at least above normal, as highs have been eighty or greater. After a month long stretch with our average high at eighty degrees, now the normal highs have slipped back into the 70s. But our trend has not seen that decline. Check out our August so far: 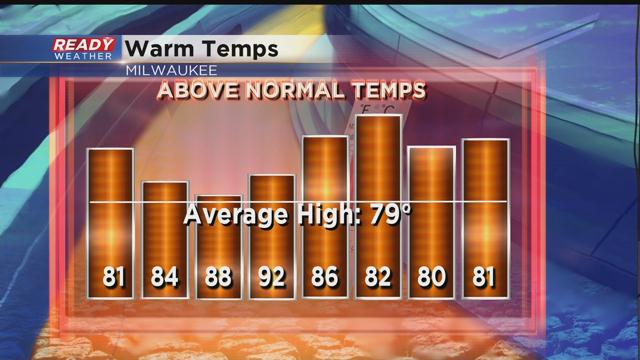 So if we're coming off a warm July, does that mean August will be warm too? It was a question I asked myself today and so I took a look back at the statistics in Milwaukee over the last five years. Here's what I found:

A glance over the monthly temperature departure from normal, shown in columns two and four, shows that there is a better chance to see a warmer August following a warmer than normal July. The same conclusion can be made for a cooler July also giving us a better chance for a cooler August. Again, this is just based on the information you see below.  For fun, I tallied up how many ninety degree days those months also had, shown in columns three and five. There seems to be a slight correlation between number of days in the 90s and an overall warm month for July, the evidence is slightly less impressive one way or the other for August,

So what does all this mean?  It does look like we've got a chance to see a warmer than normal August, even if we have some slightly cooler days ahead. In fact, the National Weather Service's "Climate Prediction Center" has backed off on earlier suggestions of a cooler than normal second half of August. Their latest thoughts have much of the central and northern U.S. with an equal chance of warmer or cooler than normal temps. 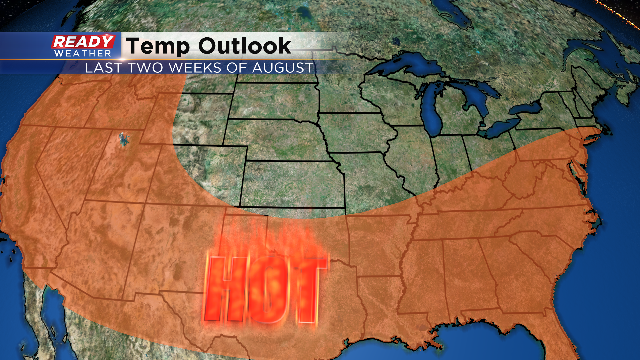 One thing is for sure, days are getting shorter and soon the fall feel will be back in the air. Time to make the most of these last warm summer days!