Warm September comes to an end; looking ahead to October

NOW: Warm September comes to an end; looking ahead to October

Anyone else feel like these last few months have flown by? September was a very warm month in southeast Wisconsin with some of us seeing decent rain and others not getting much at all. We're also very close to breaking a record as we head into the first week of October.

The average temp during the ninth month of the year was 68.3* which when put into context of records since the 1870s is the 5th warmest temperature on record. The warmest day was pretty close to 90* on the 17th and the coldest temp was 51* on the 25th. 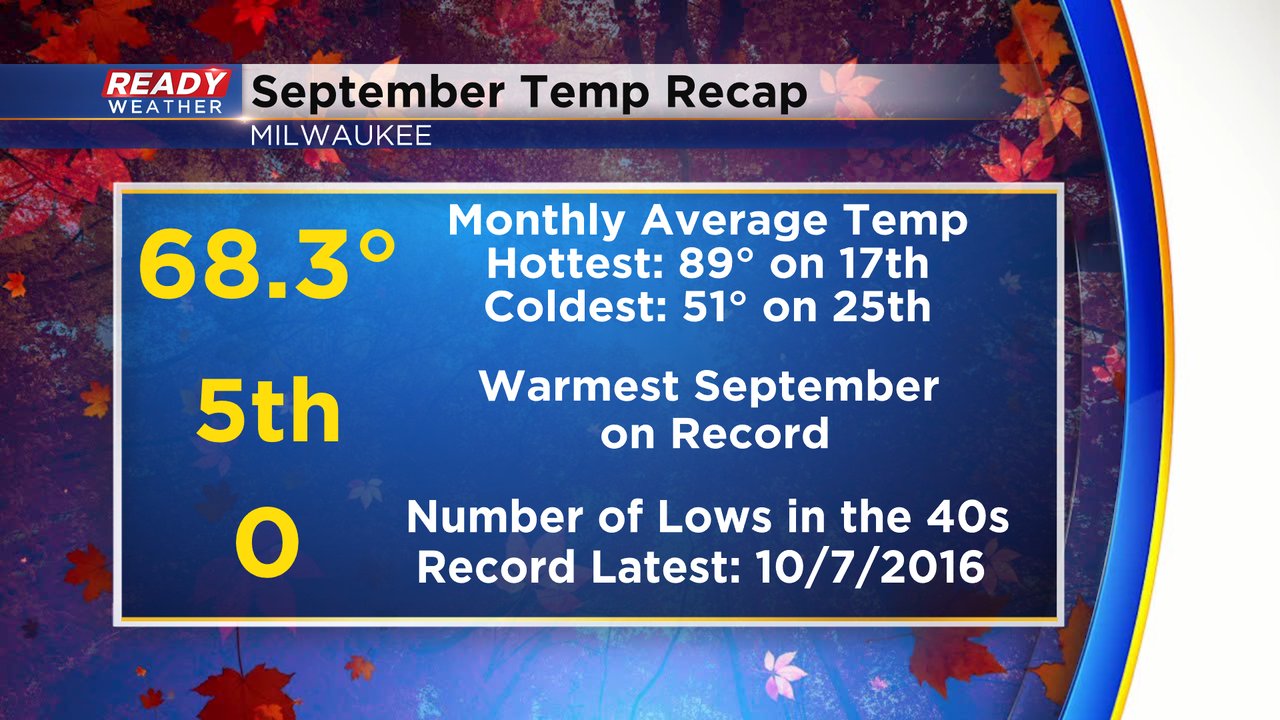 Almost all of southeast Wisconsin has seen some lows in the 40s over the last few weeks. But not in Milwaukee. The City is still waiting on it's first low temp in the 40s and it's coming pretty late. The latest first occurrence of a low in the 40s during the second half of the year is October 7 in 2016 - a week away. The current forecast has lows in the 50s and 60s over the next week so there's a good chance we will break that record. We are also going to break a streak for number of days between lows in the 40s. The last time we were in the 40s for lows in Milwaukee was at the end of May. That's a streak that will be broken over the weekend.

When it came to rain during September some of our northern counties picked up decent rain with Sheboygan now above-average on rainfall for the entire year. Counties south of I-94 didn't get as much rain. Milwaukee was right in the middle with 1.68" of rain during the month well below the average of 3.16". It is tied for the 39th driest September on record. 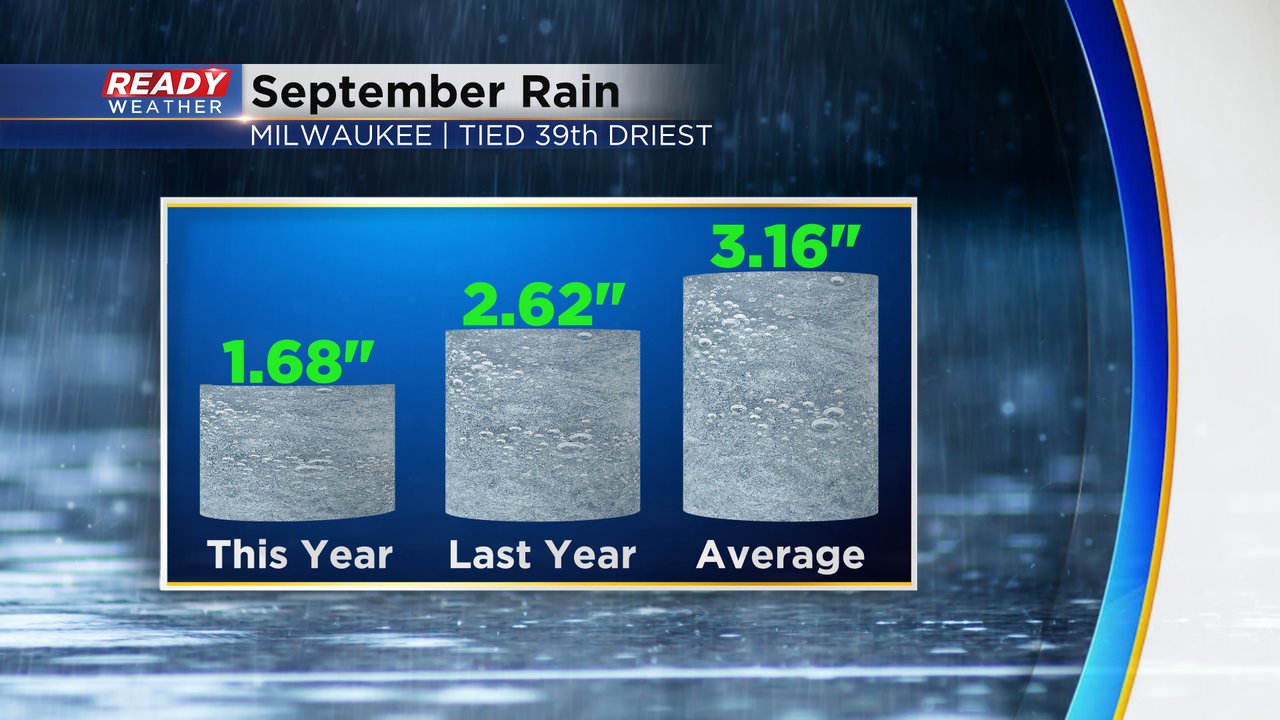 Now that we are in October our weather typically changes in a big way. Anything can happen in October from a few inches of rain to upper 80s to severe storms to freezing temps. On average the highs in October go from the upper 60s to mid 50s and the low go from 50 to freezing. We average a little under 3" of rain and we do average a few tenths of an inch of snow during the month. October 22nd is the average for the first flakes of snow this season. 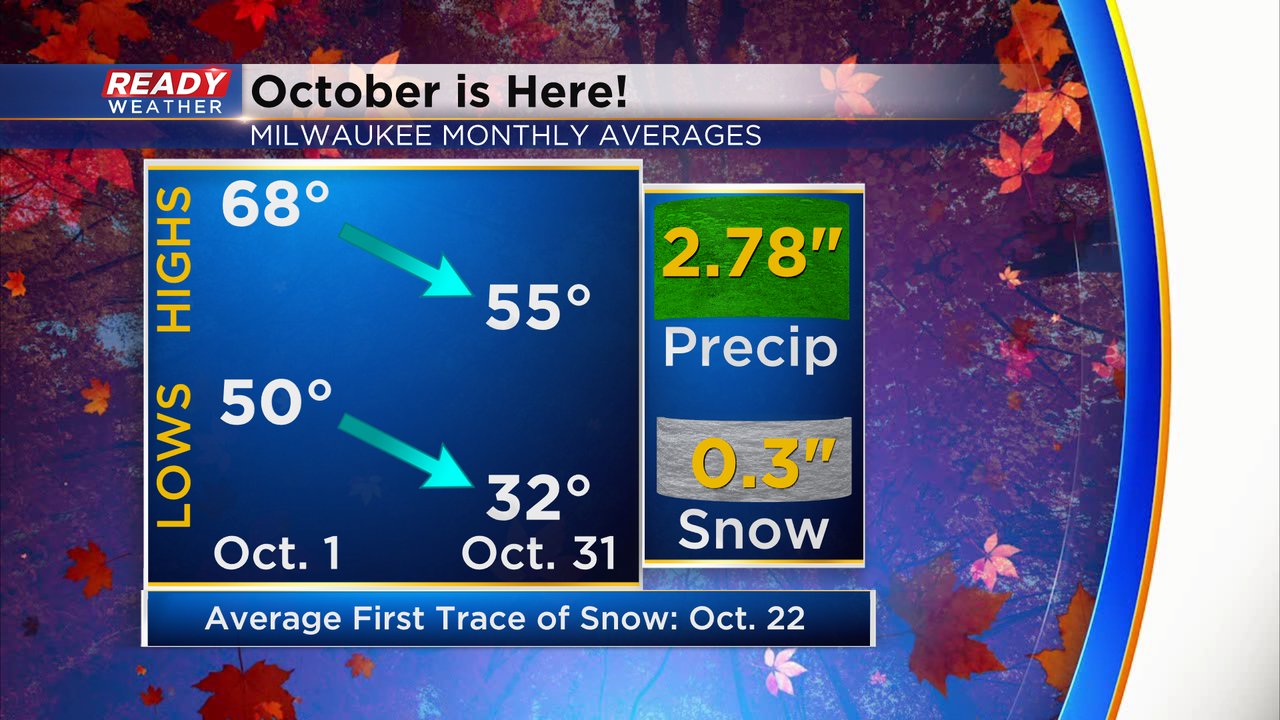 Download the CBS 58 Ready Weather to see if temps cool down enough where snow would even be an option.