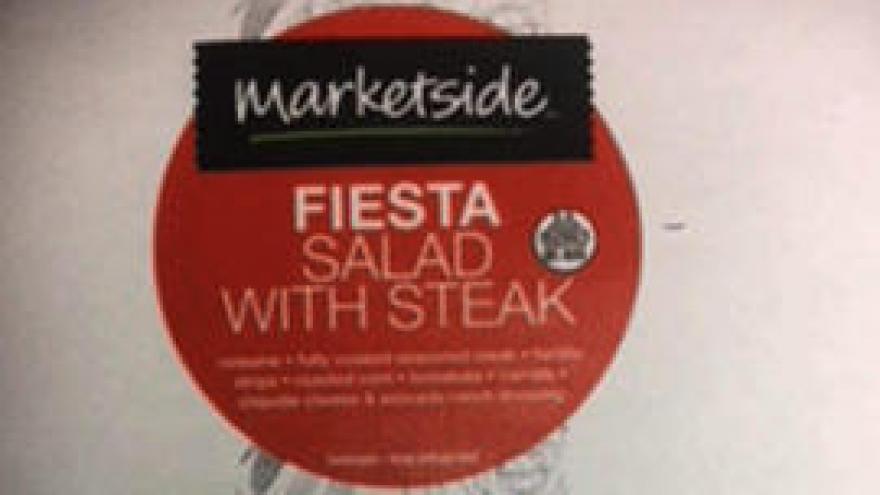 Possibly contaminated corn is behind a slew of recalls involving prepared salads sold by major retailers including Walmart, Whole Foods and Trader Joe's.

GHSE, a Green Cove Springs, Florida company, is recalling 738 pounds of ready-to-eat salads that contain corn that may be contaminated with salmonella and listeria monocytogenes, the U.S. Department of Agriculture's Food Safety and Inspection Service said late Wednesday.

No illnesses have been reported related to the recalled corn, according to federal officials.

Walmart brand Marketside's "Fiesta Salad with Steak" comes in 15.25-ounce plastic clamshells with use-by-dates of Oct. 17 through Oct. 20, and were shipped to retail locations in Florida, Georgia and South Carolina. The salad labels have the establishment number "EST. 45781" printed inside the USDA inspection mark.

An estimated 1,600 people get listeriosis each year, and about 260 die, accordingto the CDC.

A separate but similar recall for about 916 pounds of ready-to-eat chicken wrap and salad products containing possibly tainted corn was issued by Mary's Harvest Fresh Foods, Portland, Oregon, for products sold under its own brand as well as Trader Jose, Trader Joe's house brand for Mexican food.

On its website, Trader Joe's posted a recall for the Trader Jose's salad and two of its house brand salads.

A further recall was issued Tuesday by Schnuck Markets, a regional grocery chain based in St. Louis, Missouri, is recalling chicken salad sold at 32 stores under its own brand, saying the product contains possibly contaminated corn.

None of the companies involved in the recall identified the corn supplier, and the FSIS did not return a request for comment.