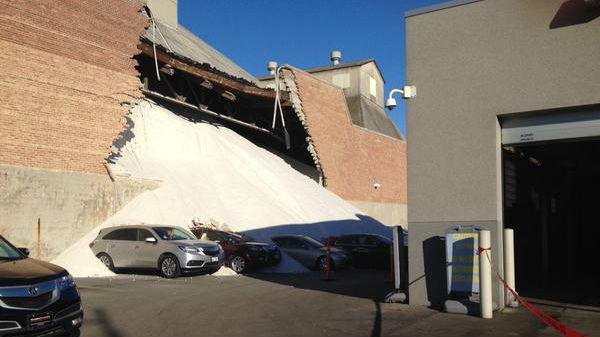 (CBS NEWS) "When it rains it pours," according to the box of Morton's salt in your kitchen cabinet. But on Tuesday, it poured, even without the rain -- salt, that is.

A wall collapse at the Morton Salt facility on Chicago's north side, which caused mounds of the white stuff to fall into the lot of an Acura car dealership next door, covering cars and possibly leaving untold crackers and french fries naked.

The collapse was probably caused by too much salt behind the wall, or possibly the condition of the wall itself, Chicago Fire spokesman Larry Langford told CBS Chicago. The salt fell on 6-8 cars, he said, which are owned by the dealership's customers and were being worked on.