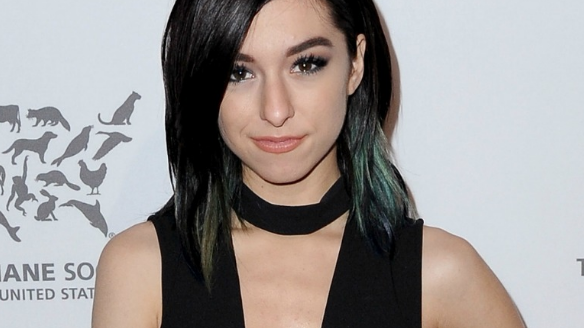 (CNN) Singer Christina Grimmie, who starred in NBC's "The Voice," died early Saturday after a gunman shot her following a performance in Florida, authorities said.

A man armed with two guns walked up to the 22-year-old singer as she was signing autographs late Friday night and opened fire, Orlando police spokeswoman Wanda Ford said.

The gunman fatally shot himself after Grimmie's brother tackled him, according to authorities.

"Her brother is a hero for saving and stopping him from not hurting anyone else," Ford said.

The singer had performed at The Plaza Live theater Friday night, along with the band Before You Exit, when the shooting broke out. She was rushed to a hospital in critical condition and died a few hours later.

"It is with a heavy heart that we can confirm that Christina has passed and went home to be with the Lord," her publicist Heather Weiss said in a statement.

"She was shot at her show in Orlando and, unfortunately, didn't survive the gunshot wounds. We ask at this time that you respect the privacy of her family and friends in their time of mourning."

Grimmie finished third on Season 6 of "The Voice." She was discovered on YouTube, where she has a massive following.

Before the shooting, the singer posted video on social media encouraging fans to come out to the theater.

It's unclear how the gunman got a gun into the venue or whether attendees were checked for weapons.

"We don't know if he was just a crazy fan that followed her on Twitter or on social media," Ford said. "We really don't know ... it's undetermined at this point."

The band that was touring with Grimmie said on Twitter that its members are heartbroken.

"Christina was such a loving, caring, beautiful person with the biggest heart," Before You Exit said a statement attached to one of its tweets. "She was an absolutely incredible musician and an even better friend."