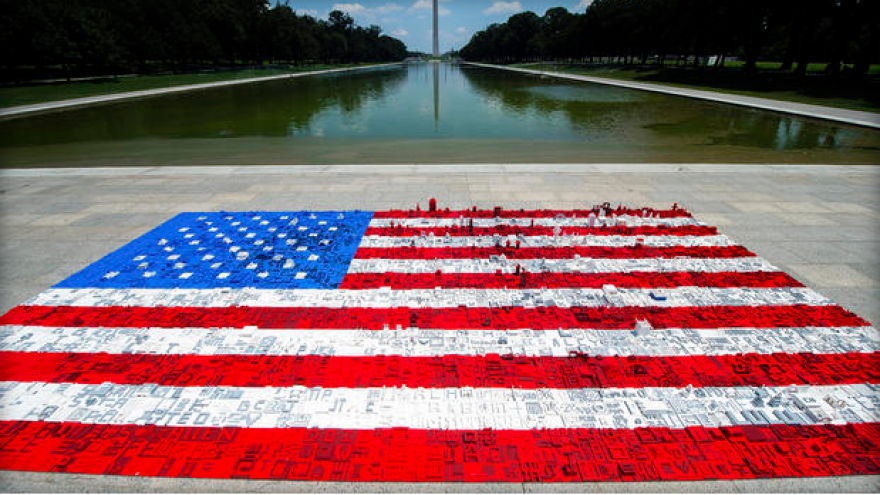 A 16 ft wide by 31 ft long LEGO mural of an American flag, built by National Mall visitors is situated on the Lincoln Memorial plaza in support of The Trust for the National Mall event, Monday, July 2 in Washington. JOY ASICO/AP IMAGES FOR THE LEGO GROUP

(CBS NEWS) -- Just in time for the Fourth of July holiday, visitors to the National Mall in Washington, D.C., have built a giant American flag out of LEGO bricks. The flag, spanning 16 feet by 31 feet, was put together by more than 2,800 people who stopped by the park starting on June 29, according to the Trust for the National Mall.

"We, the people, built this country and this flag made entirely out of LEGO bricks," the National Mall wrote on Twitter. The patriotic display is set up just in front of the Lincoln Memorial. One LEGO fan shared a time-lapse of the construction on YouTube.

The community building project is a part of the LEGO Americana Roadshow, a free traveling installation of LEGO replicas of iconic buildings and architectural structures. Visitors to the National Mall can also check out miniaturized versions of the park's structures, including the Lincoln Memorial, the Jefferson Memorialand the Washington Monument. 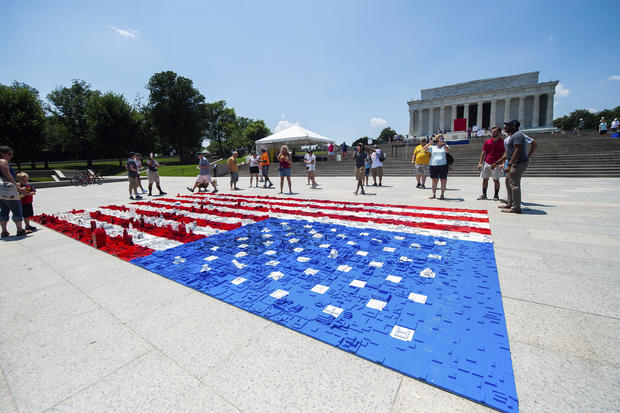