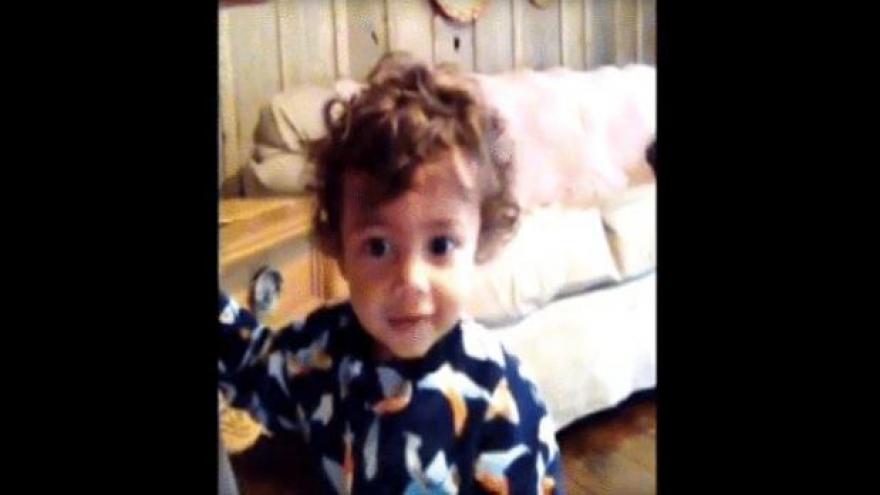 MANASSAS, Va. (CBS) - Joaquin Shadow Rams plotted to kill his infant son from nearly the time he was born, finally snuffing out his life at age 15 months when the opportunity presented itself, a Virginia judge ruled Thursday.

Rams was convicted of capital murder in the 2012 death of Prince McLeod Rams and will be sentenced to life in prison.

Judge Randy Bellows’ ruling caps a nearly five-year legal saga in which Rams maintained he was unfairly accused and that his son died after suffering a fever-induced seizure. Witnesses gave conflicting medical testimony about the possibility that Prince died from natural causes.

But in a 62-page ruling that he read aloud from the bench for more than two hours, Bellows methodically dismissed the suggestion that Prince died a natural death. Bellows concluded that Rams planned to kill his son ever since he took out life insurance policies totaling more than $500,000 in September 2011, when Prince was only 2 months old.

In the summer of 2012 a civil judge granted unsupervised visits to Rams over the objection of his mother, Hera McLeod, who feared for the boy’s safety. Then, in September 2012, Rams learned that his son was suffering fever-induced seizures.

The seizures “gave the defendant his alibi, his way to justify how Prince came to die in his care,” Bellows said.

On October 20, 2012, in just his fourth unsupervised visit with his son, Rams called 911 and said his son had a seizure and stopped breathing. Efforts to revive him were unsuccessful, and he was declared dead the next day.

Prince’s death fits a pattern of misfortune that has befallen those close to Rams. His ex-girlfriend, Shawn Mason, was shot and killed in 2003. Rams’ mother, Alma Collins, died in 2008 in what authorities initially ruled a suicide. In Mason’s death, Rams tried to collect on a life insurance policy. In Collins’ death, Rams did collect a payout of more than $150,000.

Prosecutor Paul Ebert said Rams is a suspect in both those cases, and authorities will decide later whether to bring charges.

Rams showed no visible reaction when the verdict was announced. His attorneys said they plan to appeal but declined further comment.

Hera McLeod expressed relief after the conviction but said “it’s sad my son had to be the one who put him away.”

She said Rams should have been locked up after Mason’s death, and that a judge never should have allowed him unsupervised visits with Prince after she had presented evidence that Rams was a potential danger and a suspect in Mason’s death.

Ebert said the case was challenging because the medical evidence was “especially convoluted.” The medical examiner who conducted the autopsy concluded that Prince drowned. But her boss at the time, Virginia chief medical examiner William Gormley, overturned the finding a year later and changed the cause of death to “undetermined.”

Bellows ruled on Rams’ guilt because the defense waived its right to a jury trial in exchange for prosecutors’ promise not to pursue a death penalty. Because Rams was convicted of capital murder and the death penalty is now off the table, the only option under Virginia law at Rams’ formal sentencing in June is life in prison.

If prosecutors decide to bring charges in either Collins’ or Mason’s death, it is unlikely that there would be grounds for a capital murder charge under Virginia law.

Joseph Velez, the son of Alma Collins and half-brother of Rams, said Thursday that he was glad to see a conviction for Prince’s death, but said he also wants justice in his mother’s death. He said he still hasn’t been allowed to claim his mother’s ashes, which were in Rams’ possession at the time of his arrest.

“My heart’s dancing that we finally got some justice,” he said. “But my mother did not kill herself.”