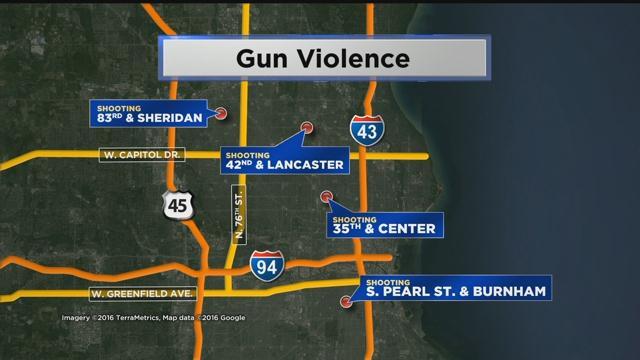 Police in Milwaukee are investigating a wave of gun violence overnight.

One shooting happened at 42nd Street and Lancaster.

It happened around 8 PM Thursday night.

Police say the incident was over Facebook and turned into a physical fight, then gunfire.

A 19-year-old was shot and is expected to survive.

A short time later around 8:15 first responders were called to Pearl and Burnham to rescue a 25-year-old man who'd been shot.

Police say he had a fight with someone he may have known.

He was taken to the hospital where his condition is not known this morning.