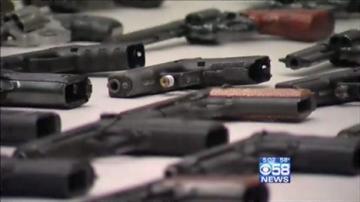 A tug of war tonight here in Milwaukee. Fear, sadness and skepticism about whether our city is any position to stem the tide of gun violence.

\"You plan to do something good and evil rears his head,\" said Pastor John McVickers. This week is Ceasefire Week in Milwaukee. McVickers has been helping organizing a gun buyback program that will take place Saturday.  The event will take place at  Tabernacle Community Baptist Church on Medford Avenue from 10 a.m.-2 p.m. A person can drop off their guns, no questions asked for a bank card ranging from $50 to $200.

\"I don't think people who stick people up, rob people in gas stations are just going to go turn their gun in, said Pastor Michael Champion.

He had two of his sons killed due to gun violence several years ago. He said the gun buyback program is not the solution.

\"I'm an optimist. I'm a man of faith, so you have to believe the impossible,\" said McVickers.