Vigil Held in Milwaukee for Peace Between Israel and Palestine 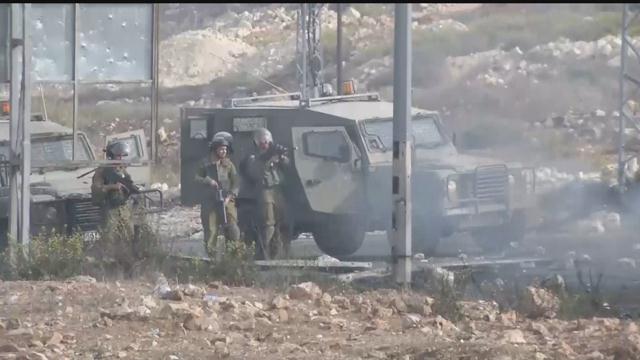 Locals gathered Sunday to talk about all of the violence in the Middle East. Members of the Jewish community invited the public to a vigil for peace.

A huge crowd gathered for the peace vigil put together by the Milwaukee Jewish Federation, and that's what they're looking for, peace.

At the same time, the local Muslim community says the Palestinians and Israelis must separate.

The local Jewish community says they're outraged by the recent attacks in Israel gathering Sunday evening to show solidarity.

The massive spike in violence and riots over the past ten days has caused damage, injury, and death.

"There are people going about their business. Going to work, riding the bus, going to the market and being stabbed close sort of in the most personal and intimate, to have someone get that close to you and stab you. So there is a level of fear, and insecurity, and violence that is different than the usual," says Elana Kahn of The Milwaukee Jewish Federation.

Tension and violence have been going on for decades and Othman Atta, the Executive Director of the Islamic Society of Milwaukee, says the only way to stop it is to let the Palestinians be free of Israel's military.

"Palestinians need to have a free state of their own. The Israelis need to end their military occupation," says Atta.

"This is a problem that has continued for a very long time. The way to end it is end the Israelis occupation. You give the people, the Palestinians their freedom, get rid of these settlements," Atta continued.

CNN reports that 44 Palestinians and seven Israelis have died from the violence so far in October.

The cause of these recent shootings, stabbings and bombings are tied the stabbing death of two Israeli teenagers by a Palestinian in Jerusalem.