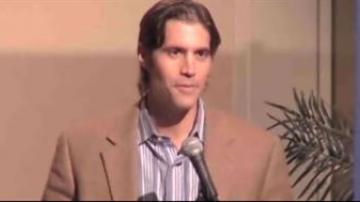 MILWAUKEE -- The Milwaukee and Marquette community will honor James Foley's memory and support his family  Tuesday night at a prayer vigil on Marquette's campus.

The Foley family wants people to remember him with gratitude and use grief to bond together in his memory.  They posted this on the FreeJamesFoley website recently. The prayer vigil at the Church of the Gesu will help to do that.

Foley was murdered last week by an ISIS militant.  He was working as a journalist in Syria and had been missing since Thanksgiving 2012.  He was captured once before in Libya in 2011 - before being released.  He spoke at Marquette after that.  The Foley family posted a letter he had wrote to them on the website, but the catch is the letter never got to the family. Jailers took any letters the hostages tried to send. But a fellow hostage memorized it for Foley and dictated it to the family once they were released.

It showed how Foley and other hostages would find ways to play checkers, chess, and risk with scraps they found in their cells. He also remembers his family members, with a brief story about each one.

The  vigil gets started at 6:00 on campus.  It's at the Church of the Gesu at 12th and Wisconsin.